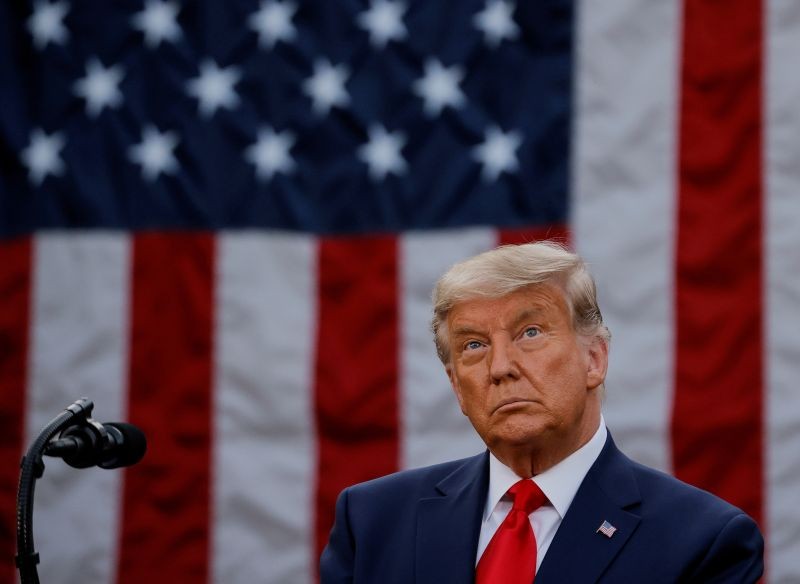 Trump, a Republican, has refused to concede Biden won and is seeking to invalidate or change the results through lawsuits and recounts in several battleground states. His campaign has not been able to provide any evidence for its claims of widespread and coordinated electoral fraud, however.

His efforts, which critics call an unprecedented push by a sitting president to subvert the will of voters, has so far met with little success in the courtroom or on the ground.

Georgia Secretary of State Brad Raffensperger on Friday announced that a manual recount and audit of all ballots cast had confirmed Biden as the winner in the southern state. He is the first Democratic presidential candidate to win Georgia in nearly three decades.

Two leading Republican lawmakers from Michigan delivered another blow on Friday when they said after a meeting with Trump that they had no information that would change the outcome of the election in the state.

"(As) legislative leaders, we will follow the law and follow the normal process regarding Michigan's electors," Michigan Senate Majority Leader Mike Shirkey and House of Representatives Speaker Lee Chatfield said in a joint statement.

On Saturday, Trump said the media were misreading the statement, in which the pair also said they have faith in a review of Michigan's election process being conducted by state lawmakers.

"Massive voter fraud will be shown!" Trump wrote on Twitter.

With the vote certified in Georgia, the Trump campaign now has two business days to request a recount there. Trump's legal team has already said it plans a lawsuit in the state, but has not provided specifics.

After a series of court defeats, the Trump campaign's new tactic is to convince Republican-controlled legislatures in battleground states won by Biden to set aside the results and declare Trump the winner, according to three people familiar with the plan.

The long-shot effort is focused on Michigan and Pennsylvania for now, but even if both those states flipped Trump would need to overturn the vote in another state to vault ahead of Biden in the Electoral College.

Such an event would be unprecedented in modern U.S. history.

Some groups were countering with their own legal action.

On Friday, a group of Black voters in Detroit and a voting rights organization filed a lawsuit in federal court accusing Trump and his campaign of breaching the 1965 Voting Rights Act by falsely claiming voter fraud and trying to overturn the results in Michigan and other states by pressing officials not to count or certify votes or to install pro-Trump electors.

"To effectuate this strategy, Defendants are openly seeking to disenfranchise Black voters, including voters in Detroit, Michigan," said the lawsuit. More than 78% of Detroit residents are Black, according to U.S. census data.

Lawyers for Detroit have also asked a judge to reprimand Trump's campaign for spreading "disinformation" in a court filing about the certification of Wayne County, where the city sits.

Biden, who has denounced Trump's attempt to reverse the election results as "totally irresponsible", was due to spend Saturday meeting with transition advisers.

Trump was scheduled to participate virtually in his last summit of the 20 biggest world economies.

Senior Republicans have remained largely silent about Trump's unsubstantiated claims of election fraud or have defended his right to seek redress, but pressure was building after several voiced doubts on Friday.

Two Republican sources said a press conference on Thursday at which Trump lawyer Rudolph Giuliani accused Democrats of engaging in a "national conspiracy" to manipulate vote totals, while conceding that he had no evidence, may have been a turning point for some former allies.

The General Services Administration, run by a Trump appointee, still has not recognized Biden's victory, preventing his team from gaining access to government office space and funding normally provided to an incoming administration ahead of Inauguration Day on Jan. 20.

The delay and Trump's refusal to concede have serious implications for national security and the fight against the coronavirus, which has killed more than 250,000 Americans, critics say.