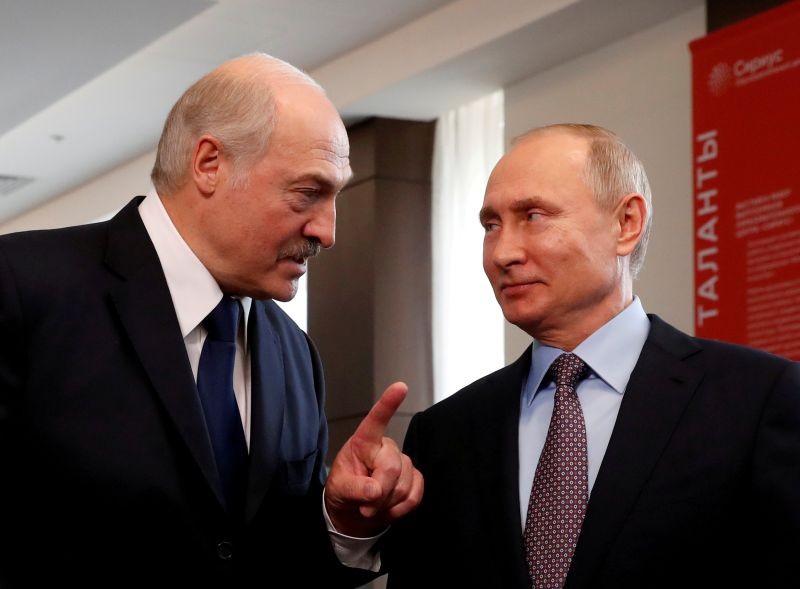 MOSCOW, September 14 (Reuters): President Alexander Lukashenko flew to Russia on Monday to entreat his patron, Vladimir Putin, for more support as a crackdown on the opposition in Belarus showed no sign of dispelling protests against one of Moscow's closest allies.

More than 100,000 people defied increasingly aggressive Belarusian security forces on Sunday to take to the streets for the fifth straight weekend, demanding Lukashenko step down and taunting him with chants of "You're a rat!"

Lukashenko, in power for 26 years, calls the demonstrations a Western plot and has placed his fate in Moscow's hands, requesting economic support and military aid.

The opposition accuses Lukashenko of rigging victory in an election last month, which he denies. Since then, thousands of people have been arrested and nearly all the opposition's main leaders have been jailed, deported or forced into exile.

The opposition says it fears Lukashenko could try to sell out Belarusian independence for Putin's support. Sviatlana Tsikhanouskaya, the opposition candidate whose supporters say she was the true winner of the election, said no agreement reached by Lukashenko with Putin would be valid.

"I want to remind Vladimir Putin: whatever you accept and whatever you agree upon during the meeting in Sochi will have no legal weight," she wrote on social media site Telegram.

The West has been trading carefully, balancing sympathy with the pro-democracy movement against fear of provoking Russian intervention, and European leaders have repeatedly phoned Putin to express concern. French President Emmanuel Macron was the latest; Paris said he repeated calls for a peaceful solution respecting the will of the Belarusian people.

Lukashenko, 66, has been a prickly ally of Russia in the past, with an awkward personal relationship with Putin. But the Kremlin's actions so far suggest Putin has no desire to see the leader of a neighbouring ally toppled by street protests.

Putin said last month he had set up a "reserve police force" at Lukashenko's request, to be deployed only if needed. On Monday Russia will send paratroopers to Belarus for joint "Slavic brotherhood" military drills until Sept. 25, Russian news agency RIA reported. Russia has also offered to restructure Belarusian debt and support its banks.

Belarus has the closest political, social, economic and defence relationships with Russia of any former Soviet republic. The two countries proclaimed a "union state" in the 1990s, complete with a Soviet-style red flag.

The cost of Putin's support could be Lukashenko's acceptance of even greater Russian dominance. The Kremlin has long pushed for closer integration, including a joint currency. Lukashenko has resisted some of those measures.