Biden releases plan for first 10 days to 'unTrump' US 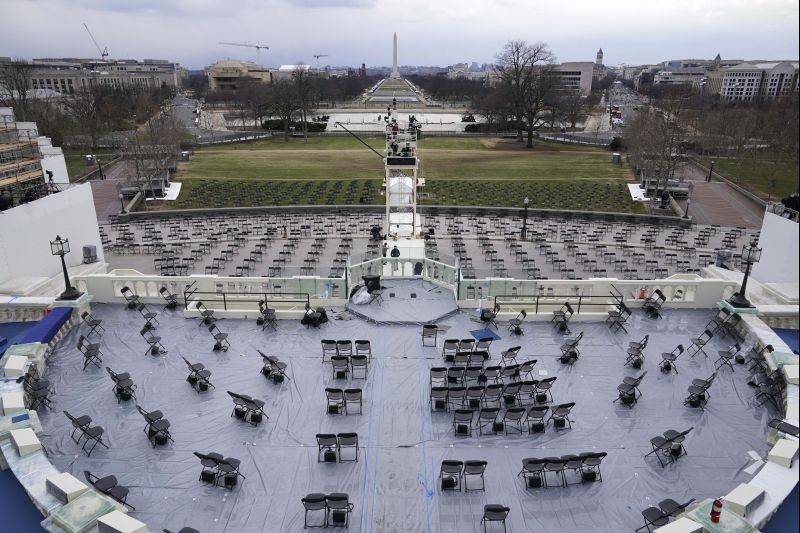 New York, January 17 (IANS): US President-elect Joe Biden has announced a masterplan for his first 10 days in office to "un-Trump" the country and focus on the battle against Covid-19, the economy and immigration.

His Chief of Staff Ron Klain sent a memo to the senior staff giving details of the plan to undo outgoing President Donald Trump's legacy in many areas and it was released by the transition office to the media on Sunday.

"President-elect Biden will take action, not just to reverse the gravest damages of the Trump administration, but also to start moving our country forward," wrote Klain, whose job is roughly the equivalent of a cabinet secretary.

In his platform, the President-elect said that he would work with Congress to reform the work visa system, the H1-B visas, to allow those on the visas to switch jobs, but at the same time require employers to prove the need them and pay fair wages at prevailing rates, and ensure the right of all workers to join a union while sustaining higher wages for American and foreign workers.

Another promise to legalise 11 million illegal immigrants, 500,000 of them Indians according to his manifesto, and about 650,000 young people who were brought into the US illegally was laid out in his platform.

This would not apply to those who are legally in the country.

Klain said that Biden would try to fulfil campaign promises through "dozens of executive orders, presidential memoranda, and directives to cabinet agencies" effectively bypassing Congress and speeding up implementation.

Democrats had criticised Trump for resorting to executive orders to avoid Congress, and mindful of this, Klain said that Biden's actions would be based on "well-founded" legal theory.

One of the first things Biden would do on taking office would be to rejoin the Paris Climate Agreement that Trump pulled out of, he said.

To fight the raging coronavirus pandemic, Biden would make it compuslory to wear masks on federal property and on planes, trains and buses travelling between states.

While some Trump supporters have made a political issue of not wearing masks, many people of all political persuasions flout the mask rules laid out by transportation companies.

Biden has already announced an ambitious plan to vaccinate 100 million people in the first 100 days in office.

An important action to be taken later during Biden's first 10 days is actually an affirmation of Trump's policy of ensuring priority for American-made products.

"The President-elect will fulfill his promises to strengthen 'Buy American' provisions so the future of America is made in America," the memo said.

In his manifesto, Biden spoke of standing up to China on trade, another Trump policy.