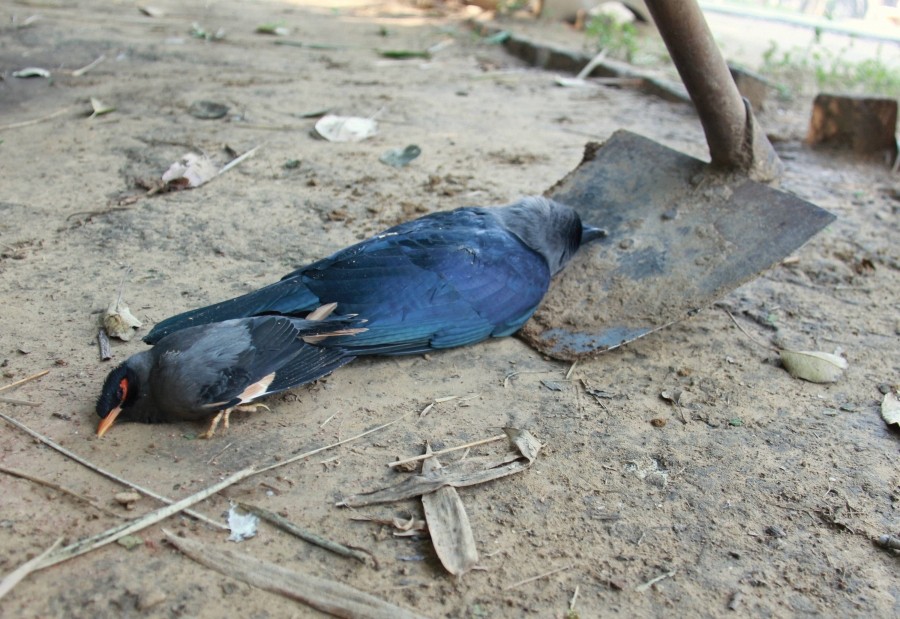 New Delhi, January 12 (PTI): The Centre on Tuesday said it has issued advisories to states regarding testing protocols for bird flu and also asked them to maintain sufficient stock of PPE kits and accessories required for culling operations.

"Till 12 January 2021, additional cases of Avian Influenza (H5N8) has been confirmed among dead crows in HCL-Khetri Nagar in Jhunjhunu district of Rajasthan," the Ministry of Fisheries, Animal Husbandry and Dairying said in a statement.

Avian influenza (H5N1) has also been confirmed in dead crows and pelican in zoological park, Kanpur in Uttar Pradesh as well as in dead crows in Jagnoli and Fatehpur village in Kangra district of Himachal Pradesh.

The confirmation of avian influenza (H5N1) in poultry sample from Jhabua district of Madhya Pradesh has been received on Tuesday from NIHSAD (National Institute of High Security Animal Diseases, Bhopal), it added.

"The Department of Animal Husbandry and Dairying has issued advisory on testing protocol to states, encouraging them to undertake screening at state level ensuring suitable bio secure facilities," the statement said.

A central team has been deputed to visit Maharashtra and Gujarat to monitor the epicentres of avian influenza outbreak in those states.

"Constant efforts to generate awareness about Avian Influenza and how to deal with the situation is being shared among the general public through various media platforms including social media platforms like twitter," the statement said.

The ministry said states have been advised to maintain sufficient stock of PPE kits and accessories required for culling operations.