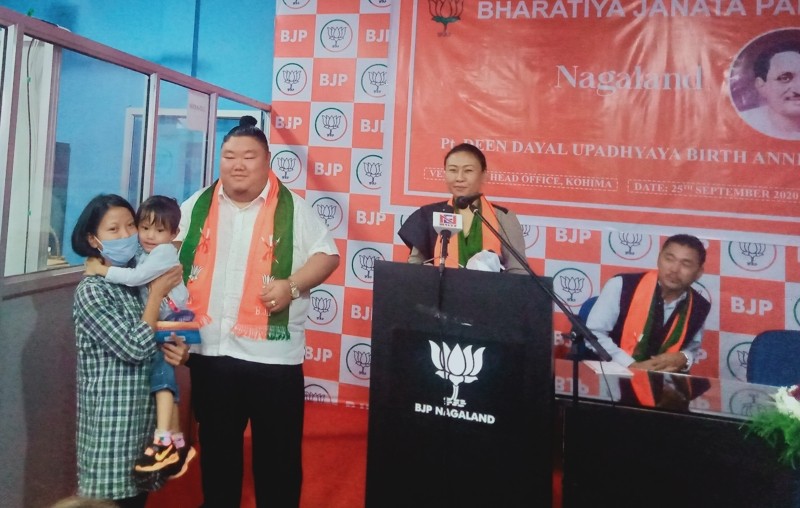 Handing over the account to several girl children during the birth anniversary celebration of Pt. Deen Dayal Upadadhyaya here at State BJP office, Nagaland BJP president Temjen Imna Along said that the party will facilitate opening of 100 accounts for girl child in every district of Nagaland.

Sukanya Samriddhi Yojana is a deposit scheme of the Government of India meant exclusively for a girl child and is launched as a part of Beti Bachao Beti Padhao campaign.

The scheme is meant to meet the education and marriage expenses of a girl child.