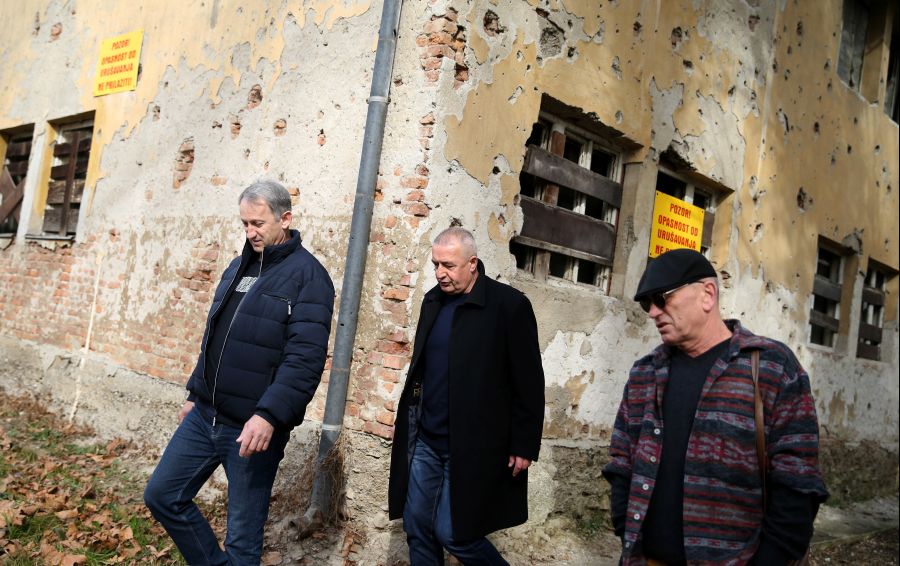 MAGLAJ, Bosnia, February 26 (Reuters): They played football together as young men. Then they fought each other in a 1990s war in three rival Bosnian armies. Now, as the country goes from one crisis to another, the three veterans feel it is their duty to warn of the horrors of war.

Rizo Salkic "Talijan", Marko Zelic and Boro Jevtic, the Bosniak, Croat and Serb wartime commanders from the central town of Maglaj, have become unlikely peace activists nearly a quarter of a century after the end of the Bosnian war that finally sealed the collapse of Yugoslavia.

"It is sad that even today ... we must talk about peace and reconciliation," said Zelic, the wartime chief of military police in the Croatian Defence Council (HVO) in the Maglaj area.

The U.S.-brokered Dayton peace agreement that ended the 1992-95 war split the country into two autonomous regions - the Federation dominated by Croats and Bosniaks, and the Serb-dominated Serb Republic - linked via a weak central government.

But political quarrels among top nationalists have prevented reconciliation. The discord has also blocked Bosnia's economic progress and integration into the European Union and NATO, helping drive young and educated people to leave the country.

Hostility deepened this month after Milorad Dodik, the Serb member of Bosnia's tripartite inter-ethnic presidency, again threatened that the Serb region might secede from Bosnia in a row over the Constitutional Court, and called on Serb officials to block the work of national institutions.

"We live again in turbulent times when we need to talk of peace perhaps even more than before," Zelic said.

"Young people have to be aware how easy it is to start a war and how difficult it is to avoid it."

The three veterans, who fought each other off and on as the war changed course, are touring Bosnia to speak about their war experiences.

Each was wounded, with Salkic, a deminer, having been injured seven times. Even during the war, they helped each other - Jevtic once saved Salkic's life even though they were on opposing sides of the frontline.

They continued to meet and socialise in postwar Maglaj, and at one point began spontaneously to talk about the war together. They viewed it differently, but they listened to each other.

"We did not always agree but concluded that all of us think the same: We were tricked into the war," Salkic said.

Their friendship has drawn public attention. A film about them made by the Bosnia mission of the Organisation for Security and Cooperation in Europe is being shown across the country.

Some in the audience during a screening in Sarajevo said the three men were brave to talk openly about the senselessness of war at a time when reconciliation was being put on the back burner in Bosnia.

"There is nothing heroic in saying that war is stupidity and a loss of time, lives and property," Jevtic told Reuters.