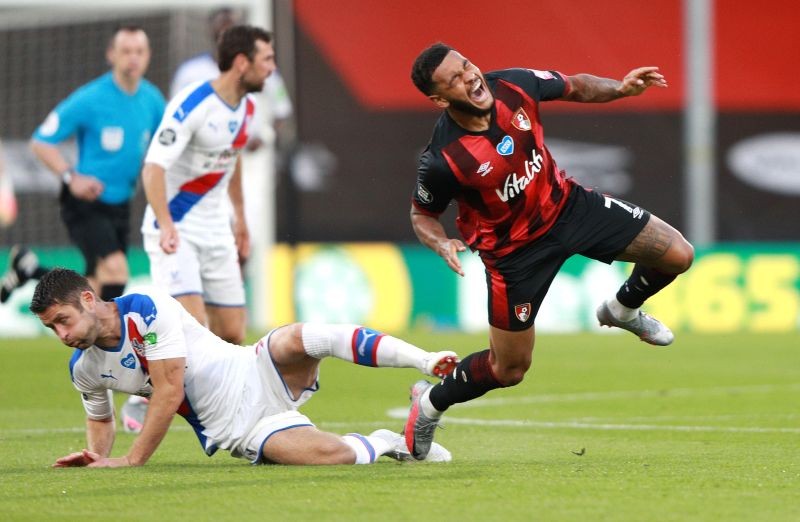 (Reuters): Bournemouth striker Joshua King has missed training due to an ankle injury and will undergo a late fitness test before the Cherries' Premier League match against Newcastle United on Wednesday, manager Eddie Howe said.

The 28-year-old hobbled off after a challenge by Gary Cahill in their 2-0 defeat by Crystal Palace and missed last week's 1-0 loss against Wolverhampton Wanderers.

"Joshua had a scan, nothing serious came back from it. He still hasn't trained with us so will be touch and go for the game," Howe told a news conference.

Bournemouth will be without Callum Wilson for the next two matches after the England striker picked up his 10th booking of the season against Wolves, leaving Howe with Dominic Solanke and Sam Surridge as his fit options.

Both players have yet to score in the Premier League for Bournemouth.

"The goalscoring issue has been an issue for us throughout the season, and the biggest concern is that it's very unlike us," said Howe, whose side have managed only 29 goals in 31 matches this season.

"The last two games have been tight but we haven't done enough... I'm sure Dom is keen to show everybody his talents and how good he is on a more consistent basis. We see it in training every day. I'm really pleased with how he's conducted himself."

Relegation-threatened Bournemouth are 18th in the standings with 27 points.

"We have to act. We have to take control of our situation and our destiny and get results. We can't focus on other teams and other results," Howe said.

"We need to use it as a real opportunity to show that we want to stay in this division next season."