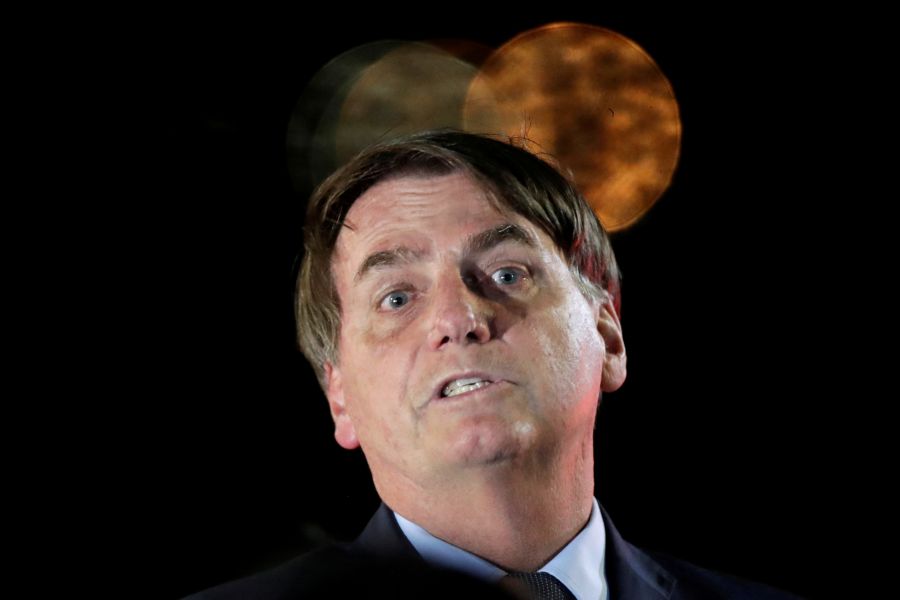 SAO PAULO, April 5 (Reuters): Most Brazilians are against President Jair Bolsonaro's potential resignation despite mounting criticism toward his handling of the coronavirus outbreak, according to a poll published by local newspaper Folha de S.Paulo on Sunday.

The survey conducted by Datafolha pollster between April 1-3 showed that 59% of the 1,151 respondents would oppose Bolsonaro's resignation, while 37% would approve such move and 4% could not give an opinion. The margin of error was three percentage points, the newspaper said.

On Friday, the same pollster said Bolsonaro's coronavirus performance has been "bad" or "awful" for 39% of respondents surveyed, up from 33% last month. Those who consider his response to the health crisis "good" or "great" slipped to 33% from 35%.

Brazil's death toll rose to 431 from 359, while the number of confirmed cases jumped to 10,278 from 9,056, according to Health Ministry figures released on Saturday afternoon.

Bolsonaro has downplayed multiple times COVID-19 respiratory disease as a "little flu", stirring up conflicts with governors and even his own health minister for advocating social-distancing measures which he sees as economically disastrous.

His insistence in fighting unemployment amid an unprecedented public health crisis is wearing him out politically, driving his approval rating to its lowest level since he took office last year in a conservative swing by Brazilian voters.

Playing on his evangelical supporters who have played a key role in his election, Bolsonaro called for a national day of fasting and prayer on Sunday to "free Brazil from this evil" epidemic.