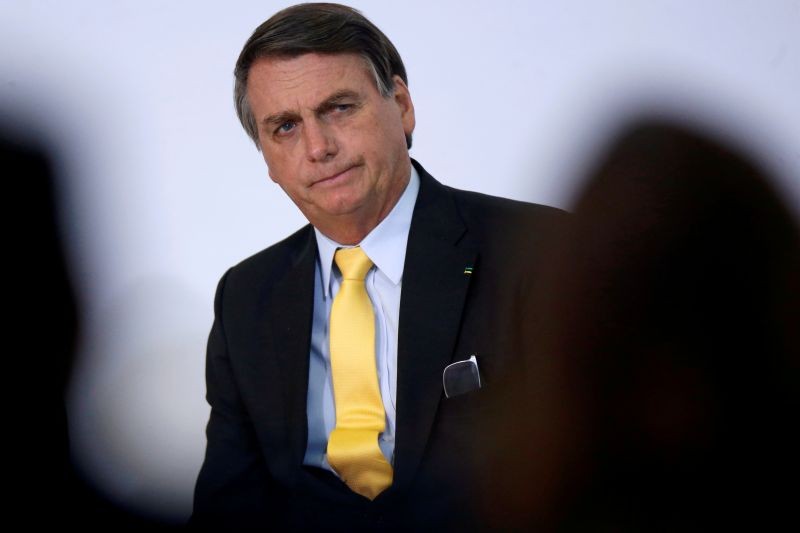 BRASILIA, October 21 (Reuters): Brazil's President Jair Bolsonaro said on Wednesday that his government will not buy China's Sinovac vaccine against COVID-19, one day after the health minister said it would be included in the nation's immunization program.

"For sure, we will not buy the Chinese vaccine," Bolsonaro said on social media, responding to a supporter who urged him not to buy the vaccine. The president said the issue would be clarified later in the day.

On Tuesday, Health Minister Eduardo Pazuello said in a meeting with state governors that the ministry would buy the vaccine developed by Sinovac to include it in the immunization program, in addition to one developed by AstraZeneca and Oxford University.

Sao Paulo state biomedical research center, the Butantan Institute, is testing the Sinovac vaccine, and Governor João Doria said he hopes to have health regulator approval by the end of the year to start vaccinating people in January.

Doria said after the Health Ministry meeting that the federal government has agreed to buy 46 million doses of the Sinovac vaccine.

The inclusion of the vaccine, called CoronaVac, in the national vaccination program of a nation of 230 million people would be a major success for Sinovac in what could be one of the first immunization efforts against the coronavirus in the world.

The Brazilian government already has plans to purchase the UK vaccine and produce it at its biomedical research center FioCruz in Rio de Janeiro,

The Butantan Institute said on Monday that preliminary results from late-stage clinical trials of CoronaVac on 9,000 volunteers have proven that the two-dose Chinese vaccine is safe. Butantan director Dimas Covas said data on the effectiveness of the vaccine will not be released until trials are completed.

The results are so far only preliminary and researchers will keep monitoring the participants, Covas said. It's the first set of results of Sinovac's global Phase 3 trials, which are also being conducted in Turkey and Indonesia.