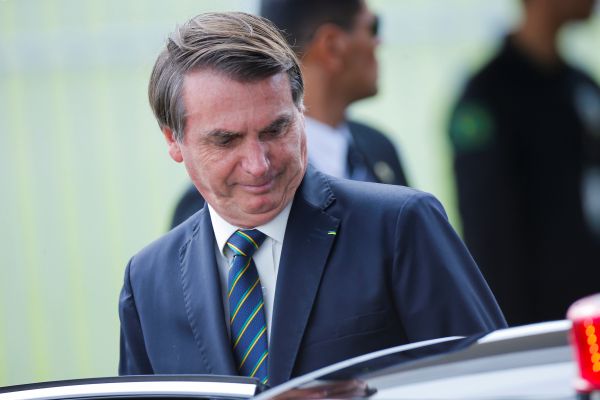 SAO PAULO, April 20 (Reuters): Brazilian President Jair Bolsonaro said on Monday that he hoped this would be the last week of stay-at-home measures to try to slow the spread of the coronavirus, wishing for an end to a policy he has branded an ill-founded jobs killer.

Speaking with supporters in Brasilia, he also opposed the view of one who called for the country's supreme court to be shut, with Bolsonaro saying Brazil was a democratic country and the top court would remain open.

Bolsonaro is one of the few global leaders who has openly railed against lockdown measures to combat the coronavirus. He has doggedly asserted that the economic risks of shutting down Brazil's economy outweigh the dangers posed by a disease he calls a "little cold."

Despite Bolsonaro's protests, many of Brazil's governors have more or less shut down their states, leading to an angry response from the president. Bolsonaro has also clashed with his own health officials, firing his popular health minister last week after they clashed over social distancing measures.

With Brazil's coronavirus outbreak appearing to be a few weeks behind those in Europe and the United States, it is unlikely Brazil's governors will end stay-at-home measures this week as the president wants.

In an interview with Reuters last week, Rio de Janeiro's state Health Secretary Edmar Santos said the peak of the outbreak will hit Rio in May, which would be a "very, very complicated" time.

Santos, who has been diagnosed with COVID-19, the potentially lethal respiratory disease caused by the coronavirus, said the curve in Rio was not yet flattening, despite measures imposed by Governor Wilson Witzel, who is also ill with the disease.

"At the beginning of May the red light will come on for the health system," he said.

On Sunday, Bolsonaro irked many in Brazil when he once again attended a public rally and attacked lockdown measures meant to fight the coronavirus, as supporters of the right-wing leader joined political motorcades around the country.

Brazil has more cases of the new coronavirus than any other country in Latin America. On Sunday, confirmed cases rose to 38,654 with 2,462 deaths.

Bolsonaro, who was not wearing a face mask, addressed a crowd of a few hundred in Brasilia. During his brief address, which was punctuated by the president coughing, he called those in attendance "patriots" and said they were helping defend individual freedoms that he said are under threat by lockdowns.