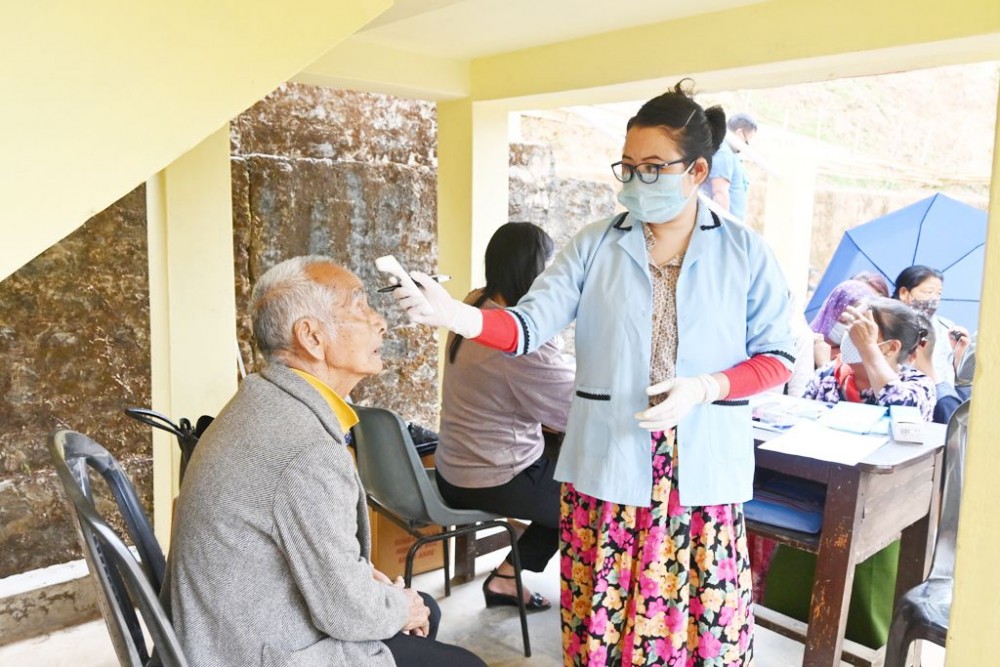 Mokokchung, April 10 (MExN): In commemoration of its 25th year anniversary, the Benpulin Semchir Telongjem (BST) organized a free health camp at Government Middle School, Kumlong where nearly two hundred patients, some as young as three years and some as old as 85 years, from Kumlong and Mongsenbai wards availed the medical checkup and medicines on April 10. 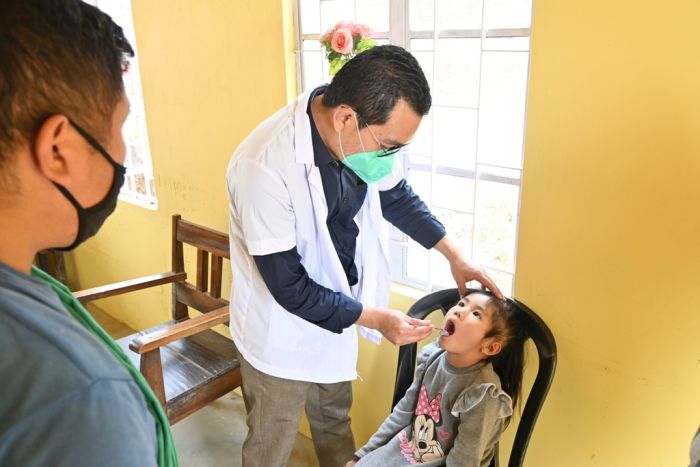 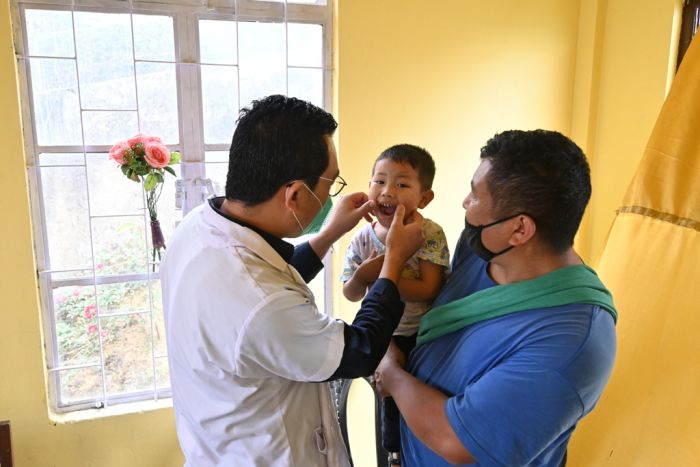 A doctor checking the dental health of a child during the free medical camp organized by Benpulin Semchir Telongjem at Government Middle School, Kumlong Ward on April 10. (Photo Courtesy: Imkongsenla)

Those patients were also provided free medicines after their checkup while some complicated cases were referred to other clinics, a press release received here stated.

The medical camp was held at a most opportune time as the citizens, especially the very young and the elderly, could not go for regular health checkup due to the fear of contracting COVID-19. Being located at the suburbs of Mokokchung town, the citizens of Kumlong and Mongsenbai wards expressed gratitude to BST for a much needed medical camp in the locality.

After the health daylong health camp, Nungsang Jamir speaking on behalf of BST, expressed gratitude to the medical team for conducting the much needed health camp in the locality. He informed about how the people were genuinely grateful for providing free healthcare services and medicines. 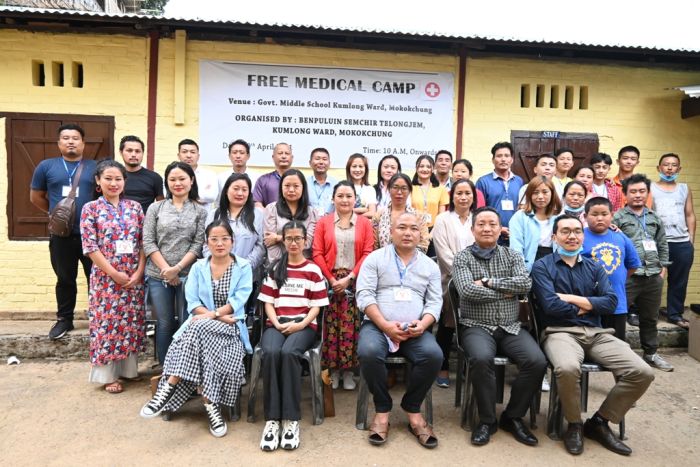 The team of doctors and health workers along with the members of Benpulin Semchir Telongjem after the successful conduct of the free medical camp at Government Middle School, Kumlong Ward on April 10. (Photo Courtesy: Imkongsenla)

On behalf of the visiting medical team, UPHC Yimyu Ward, Sentirenla Longchar said that the team is every ready to render their help even in the days to come.

It may be noted here that BST has been formed by the children and grandchildren of late Benpulin Jamir, a pioneering Ungma citizen and one of the first settlers of Kumlong ward in Mokokchung town. The body had been actively involved in different activities in the ward and beyond.

Besides, the BST annually organizes a volleyball trophy in memory of late Benpulin at Kumlong ward during the intervening week of Christmas day and New Year.

The BST 25th Year anniversary celebration will culminate in December 2021.