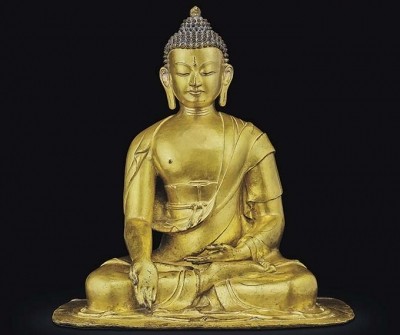 Dharamsala, May 26 (IANS) Tibetan spiritual leader the Dalai Lama on Wednesday said although the world has changed substantially since the time of the Buddha, yet the essence of his teaching remains as relevant today as it was 2,600 years ago.

Offering greetings to fellow Buddhists to commemorate the Buddha's birth, enlightenment and entering into Mahaparinirvana, the spiritual leader said the Buddha's teaching is essentially practical.

"It is not just for one group of people or one country, but for all sentient beings. People can follow this path according to their ability and inclination. I, for instance, started my Buddhist education as a child and although I am now nearly 86 years old, I am still learning.

"Therefore, whenever I can, I encourage Buddhists I meet to be 21st century Buddhists, to discover what the teaching really means and to put it into effect. This entails listening and reading, thinking about what you have heard and read and making yourself deeply familiar with it," the Dalai Lama said in a message.

Buddha Shakyamuni took birth as a prince of the Shakya clan in ancient India about 2,600 years ago. The Pali and Sanskrit traditions declare that the Buddha attained enlightenment at dawn of the full moon day that is called Buddha Purnima.

Both the traditions agree that he was not enlightened from the beginning but became the Buddha through meeting the right conditions and striving to accumulate the two stores of merit and wisdom.

According to the Sanskrit tradition, he had to do that for many aeons and entailed his manifesting the four bodies of a Buddha -- the Natural Truth Body, the Wisdom Truth Body, the Complete Enjoyment Body and the Emanation Body.

A Buddha's complete absorption in meditation on emptiness is the Wisdom Truth Body, from which he manifests in different forms.

The Complete Enjoyment Body appears to Arya Bodhisattvas, while the Emanation Body is visible to all. Buddha Shakyamuni was a Supreme Emanation Body, the source of a continuous flow of activities to benefit sentient beings.

"Although our world has changed substantially since the time of the Buddha, the essence of his teaching remains as relevant today as it was 2,600 years ago. The Buddha's advice, stated simply, was to avoid harming others and to help them whenever we can and in whatever way possible," the Nobel Peace Laureate said.

"We can begin to do this by recognising that everyone else is just like us in that they want happiness and dislike suffering. Seeking joy and freedom from suffering is the birth-right of all beings. But personal happiness very much depends on how we relate to others. By developing a sense of respect for others and a concern for their welfare, we can reduce our own self centredness, which is the source of many of our own problems, and enhance our feelings of kindness, which are a natural source of joy," he said.

On this auspicious day, Buddhists will be holding prayer services in holy places such as Bodhgaya, Lumbini and Kandy, as well as in other Buddhist lands.

"Let us all join together in doing whatever we can to overcome the global threats we face, including the Covid-19 pandemic that has brought such pain and hardship across the world," the Dalai Lama added.