Can 'one nation, one MSP' improve economic condition of farmers? 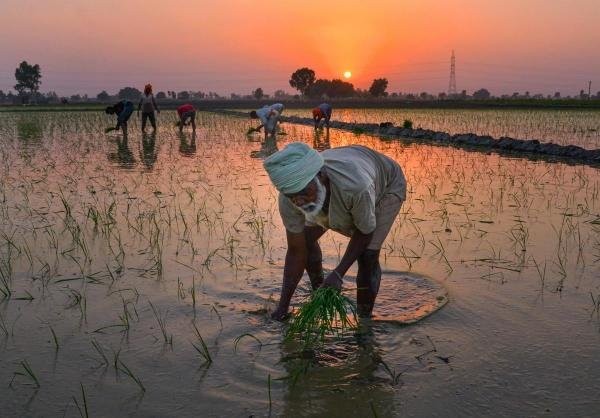 New Delhi, January 29 (IANS): Can the 'one nation, one MSP' system help improve the economic condition of farmers across the country? The issue has gained importance as different farmers' unions protesting on the borders of Delhi for more than two months are demanding a law to guarantee MSP for various crops.

Agricultural expert Devinder Sharma said that the 'one nation, one MSP' system will give "real freedom" to the country's farmers.

"No matter if a farmer sells his crop in say Una or Bengaluru, it should not be sold below the Minimum Support Price (MSP) and only then will its sanctity be maintained," he said.

On the other hand, market experts point out that enactment of a law to guarantee MSP may create many other problems, including grading of government crops.

Agricultural economist Vijay Sardana said that such a law will make business houses import cheaper grains from abroad instead of buying the crops from the farmers of the country. It will then become difficult for the Central government to procure all the crops, he added.

The Central government announces MSPs for 23 crops every year. But its benefits are not availed by all the farmers across the country. Farmers get MSP benefits in only those states where large-scale government procurement is done, while growers in the other states are compelled to sell their crops at whatever price they are offered.

On the recommendations of the Commission for Agricultural Costs and Prices (CACP), the Central government determines the MSP of different crops to ensure remunerative prices to the growers.

India, which was at one point of time dependent on import of foodgrains, has not only become self-reliant due to the Green Revolution, but also produces more cereals than required. Ironically, the financial situation of the farmers who have done all this is still pathetic.

Farmers have benefited in states where basic structure for crop procurement at MSP was created, including Punjab and Haryana. However, in many other states like Bihar and Assam, most farmers are deprived of the MSP benefits.

According to the Shanta Kumar Committee report, only 6 per cent of Indian farmers derive the benefits of MSP.