Centre to SC: Will welcome any order on speedy trial against sitting & ex-MPs/MLAs

NEW DELHI, SEPTEMBER 16 (IANS): The Centre on Wednesday told the Supreme Court that it would welcome any order for the speedy trial of sitting and former MPs/MLAs facing criminal and corruption charges.

Solicitor General, representing the Centre, submitted before a bench headed by Justice N. V. Ramana that the apex court can fix time frame for the completion of trials in pending cases against Legislators, sitting and former.

Senior advocate Vijay Hansaria, who is a court appointed amicus curiae, has suggested that trials in these matters should be completed within one year. The apex court will pass an order on the report submitted by the amicus suggesting expeditious disposal of criminal trials pending against Legislators across the country.

After revealing that 4,442 cases are pending against sitting and former MPs and MLAs in different courts, amicus curiae have informed the Supreme Court that there is no uniformity in setting up of Special Courts for MPs/MLAs across the country.

The High Courts may be directed to prepare a blueprint for expeditious disposal of the cases not later than one year for conclusion of trial, suggested the amicus.

In the supplementary submission, Hansaria had said the analysis of the pending cases show that there is no uniformity as to the setting up of Special Courts for MPs/MLAs.

The report was filed on an order passed by the top court on a PIL by BJP leader and advocate Ashwini Upadhyay, who urged the court to give directions for speedy trial of criminal cases against sitting and former lawmakers. 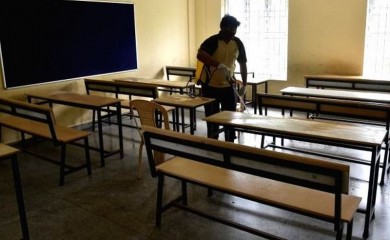