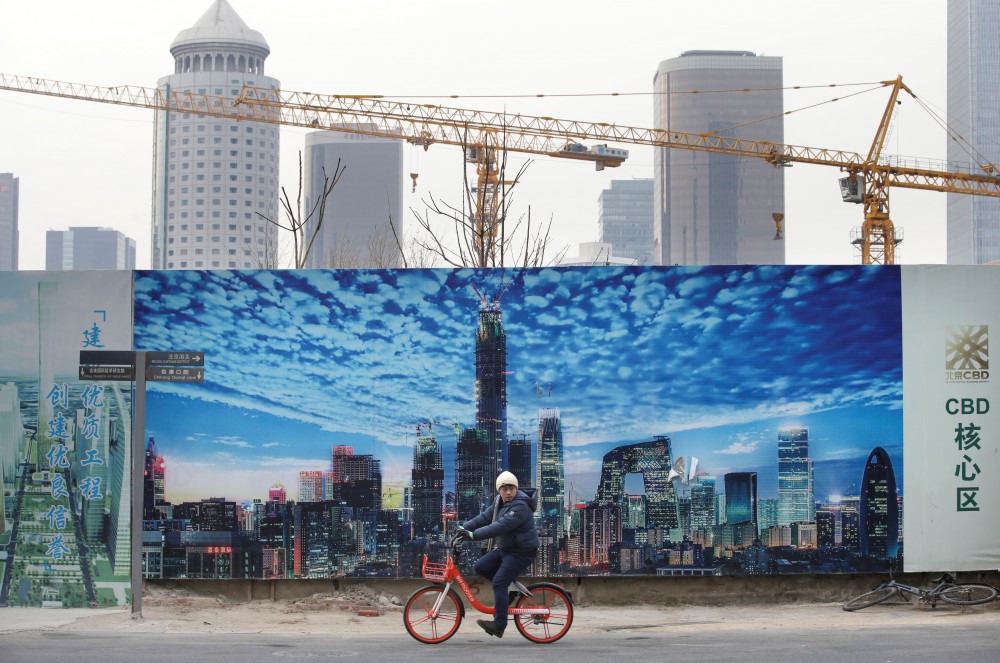 BEIJING, October 19 (Reuters): China's economic recovery accelerated in the third quarter as consumers shook off their coronavirus caution, although the weaker-than-expected headline growth suggested persistent risks for one of the few drivers of global demand.

Gross domestic product (GDP) grew 4.9% in July-September from a year earlier, official data showed on Monday, slower than the 5.2% forecast by analysts in a Reuters poll but faster than the the second quarter's 3.2% growth.

"China's economy remains on the recovery path, driven by a rebound in exports. Consumer spending is also headed in the right direction, but we cannot say it has completely shaken off the drag caused by the coronavirus," said Yoshikiyo Shimamine, chief economist at Dai-ichi Life Research Institute in Tokyo

"There is a risk that the return of lockdowns in Europe and another wave of infections in the United States will hurt consumer spending and trigger more job losses, which would be a negative for China's economy."

The world's second-largest economy grew 0.7% in the first nine months from a year earlier, the National Bureau of Statistics (NBS) said.

Policymakers globally are pinning their hopes on a robust recovery in China to help restart demand as economies struggle with heavy lockdowns and a second wave of coronavirus infections.

China has partially emerged from a record slump caused by coronavirus shutdowns in the first months of the year.

"Internally, the economy is still in the process of recovery," she told a brieing in Beijing. "Some or most of the indicators have not returned to the normal growth level, and some of the cumulative growth rate has also declined."

On a quarter-on-quarter basis, GDP rose 2.7% in the third quarter, the NBS said, compared with expectations for a 3.2% rise and an 11.5% rise in the previous quarter.

But despite the headline disappointment, analysts were encouraged by a broader upturn in consumption and continued factory strength.

Retail sales grew 3.3% in September from a year earlier, speeding up from a modest 0.5% rise in August and posting the fastest growth since December 2019. Industrial output grew 6.9% after a 5.6% rise in August, showing the factory sector's recovery was gaining momentum.

Fixed-asset investment rose 0.8% in the first nine months from a year earlier, returning to year-to-date growth for the first time this year.

In the property sector, investment rose 12% in September from a year earlier, the fastest pace in nearly 1-1/2 years, providing a key support for broader investment.

The government has rolled out a raft of measures including more fiscal spending, tax relief and cuts in lending rates and banks' reserve requirements to revive the coronavirus-hit economy and support employment.

While the central bank stepped up policy support after widespread travel restrictions choked economic activity, it has more recently held off on further easing.

The International Monetary Fund has forecast an expansion of 1.9% for China for 2020, which is close to the central bank's own projection of 2%.

That would make China the only major economy expected to report growth in 2020, albeit at the slowest annual pace since 1976, the final year of of Mao Zedong's Cultural Revolution.

China's retail spending has lagged the comeback in factory activity this year as heavy job losses and persistent worries about infections kept consumers at home, even as restrictions lifted.

However, recent indicators suggest consumer activity is now turning around.

In the travel sector, domestic passenger flights in September beat their COVID-19 levels, a sign that that segment of the market is approaching a full recovery, even as internationl borders remain largely shut.

The coronavirus outbreak, which caused China's first contraction since at least 1992 in the first quarter, is now largely under control in the country, although there has been a small resurgence of cases in the eastern province of Shandong.

"The single most important thing for the Chinese economy in the coming months is whether service consumption can catch up," said Larry Hu, head of China economics at Macquarie Capital in Hong Kong.