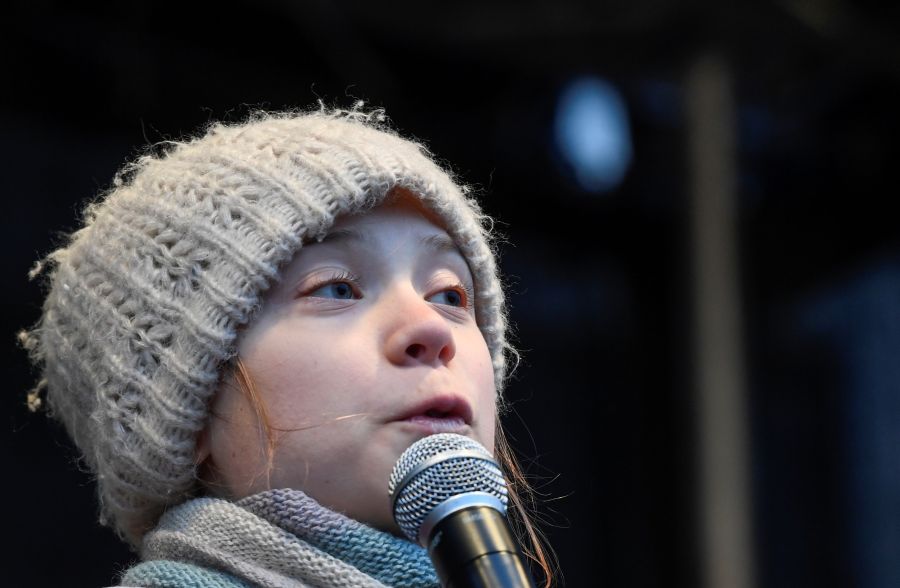 Also on the list, according to the eight members of the United States Congress who nominated her, is imprisoned Saudi women's rights activist Loujain al-Hathloul.

Norway's Nobel Institute, which does not confirm or deny the names of any particular individuals or organisations nominated, said on Wednesday it had received nominations for 317 candidates this year, up from 301 in 2019. Of these 210 were individuals and 107 were organisations.

It will announce the winner in October.

Thousands of people who can make nominations, including members of national parliaments, former laureates and leading academics, often announce whose names they have forwarded.

The outcome is decided each year by a committee of five people appointed by Norway's parliament.

Thunberg, 17, famous for launching her School Strike for the Climate campaign that has spread around much of the world, is the bookmakers' favourite to win, according to betting firm Paddypower.

The Swede would be the second youngest person to win a Nobel, beaten only by Malala Yousafzai, who was a few months younger at the time of her 2014 award for promoting children's right to education.

The two activists were pictured together this week at Britain's University of Oxford, where Malala, as she is best known, is a student.

While Thunberg's name was put forward by two Swedish parliamentarians, three members of the Norwegian parliament have suggested that the North Atlantic Treaty Organization - the military alliance that last year marked its 75th anniversary - should be given the award.

In January, members of Congress led by Oregon Democrat Suzanne Bonamici nominated Loujain al-Hathloul, whom rights groups have said was held in solitary confinement for months and subjected to abuse including electric shocks, flogging, and sexual assault.

"Ms. al-Hathloul is deserving of the Committee's recognition in 2020 because she embodies the peaceful struggle for equal right of women in Saudi Arabia," Bonamici and seven other members of Congress wrote in a letter and published online.

Norwegian Liberal Party MP Guri Melby meanwhile said she had nominated "the people of Hong Kong" for fighting for freedom of speech, democracy and the rule of law, which would be certain to provoke a sharp reaction from China if an award was ever made.

The award in 2010 of the Nobel Peace Prize to Chinese dissident Liu Xiaobo resulted in a six-year standoff between Norway and China, during which diplomatic ties were virtually frozen.

Liu, who had called for sweeping political reforms, died in 2017 while serving a lengthy prison term.