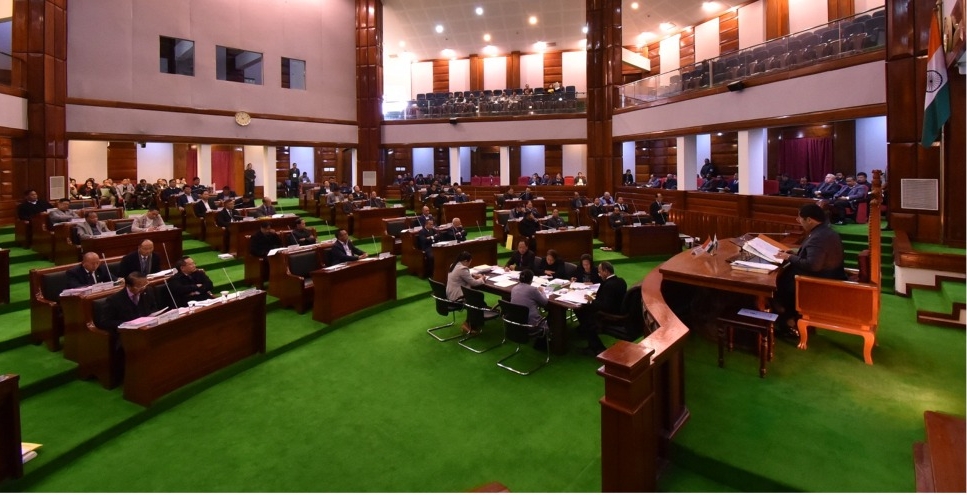 Chief Minister Neiphiu Rio, in his concluding remark on general discussion on the state budget at the 5th Session of 13th Nagaland Legislative Assembly (NLA) here today, said that during the last 10 months many new and innovative steps have been taken up to take the ‘state forward.’

To promote the youth in securing good employment opportunities, he said that the government have provided an amount of Rs. 1 crore to fund the cost of coaching classes for Civil Services at New Delhi with Rao’s Study Circle for 25 students, and another 100 students with ALS Coaching Centre.

“This is an area we need to focus on even in the years to come. We shall continue to do whatever is possible to increase our presence in the Civil Services,” he said, optimistic that the high level of exposure will help them to stand a much better chance of passing the UPSC exams.

Rio said that the government also provided funds to Sainik School Punglwa to build more facilities, particularly accommodation for the staff and in the area of admissions, and the number of seats for Nagaland has been increased to 67% of the total.

In the Industries Sector, the government have notified the “Nagaland Startup Policy” on June 12, 2019. The policy will create an enabling environment to address the aspirations of our youth and engage with all the stakeholders of the Startup ecosystem for strengthening the startups with appropriate incubation and mentoring infrastructure to develop human capital, Rio said.

The Startup Nagaland Team has already conducted camps in all the 11 Districts in and a portal has also been launched on August 16, 2019 with registration of 19 innovators so far, he said.

The Department of Employment, Skill Development and Entrepreneurship is taking up intensive entrepreneurship capacity building initiatives in furniture and food processing clusters as well as infrastructure development.

“It is also taking up skilling activities in electrical, masonry, plumbing and carpentry and after completion of the training, providing seed money to the candidates to take up their own business enterprises,” he said, adding the department has also organized jobs and skill fairs at Kohima during August 2019 to create direct job opportunities for our youth by inviting the hospitality industry to the fair.

On a single day, 100 youth were recruited – 60 by Hyatt Regency, 25 by the Oberoi and 15 by the ITC Group of Hotels. This is an encouraging development.

Also, at the fair 42 youth were registered to undergo training in different job roles under Pradhan Mantri Kaushal Vikas Yojana.

Regarding the opposition bench raised about lack of adequate fund provision for the Agri and Allied Sector and the absence of mention of this sector in the budget speech, Rio assured that while the sector had not been provided level of funds as required due to tight resources, it “receives the maximum funds under Centrally Sponsored Schemes, and is well placed to fully carry out the desired activities.”

Meanwhile, Rio expressed appreciation to the opposition bench for the constructive suggestion and complimented the members both from the Opposition and Treasury Benches for participating in the general discussions in his concluding remark.

Rio assured that the government machinery has duly noted all the suggestions, and the assurances given by the Treasury will also be followed up with sincere commitment by the respective departments.

“We are all aware that “a Government is only as good as the Opposition,” he said, adding, the NLA has always set the highest standards of parliamentary decorum for the past decades.

Government departments led by the Finance and Planning, the Chief Secretary and the entire government machinery and Assembly secretariat were also lauded for a successful session.