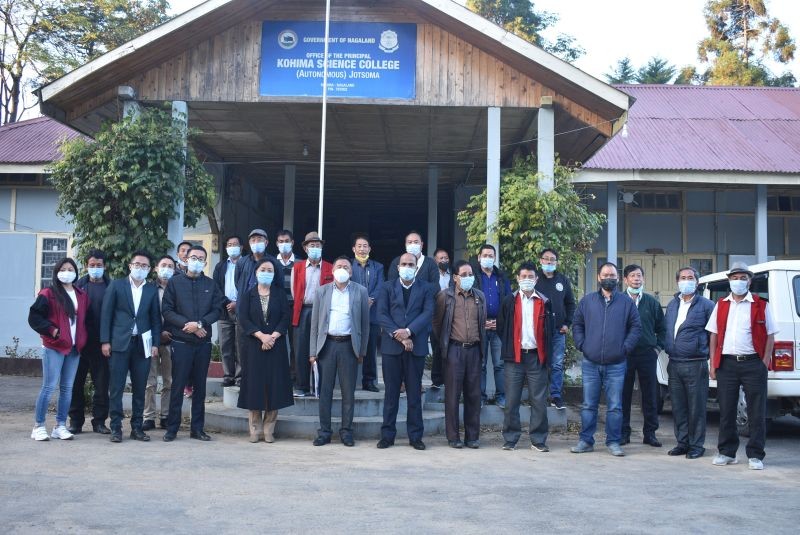 A press release from the All Nagaland College Students’ Union (ANCSU) appreciated the Chief Minister and the concerned authorities for promptly responding to the union’s memorandum with regard to the issue.

It informed that the CMO called for a joint meeting on November 12 at Kohima Science College Jotsoma. During the joint meeting, the ANCSU agreed for setting up of the committee. It is headed by the Revenue Officer, Kohima as Chairman; SDO (C) Establishment, Kohima as Member Secretary. The members of the committee include the EAC (Rev); Estate Committee, Kohima Science College, Jotsoma; President, ANCSU; General Secretary, ANCSU; Information Secretary, ANCSU; one representative of each clan from Jotsoma Village; executive members, Jotsoma Village Council; and Youth Advisor, Jotsoma Youth Organization.

During the joint meeting, the CMO and District Administration reiterated that no allotment of college land would be issued, the ANCSU informed. “The committee is being entrusted to formulate recommendations to the State government for permanent settlement of the Kohima Science College land issue,” it added. The union expressed optimism that the “competent authorities would come all out to permanently settle the said issue.”