COVID-19: How foolproof is screening at airports? 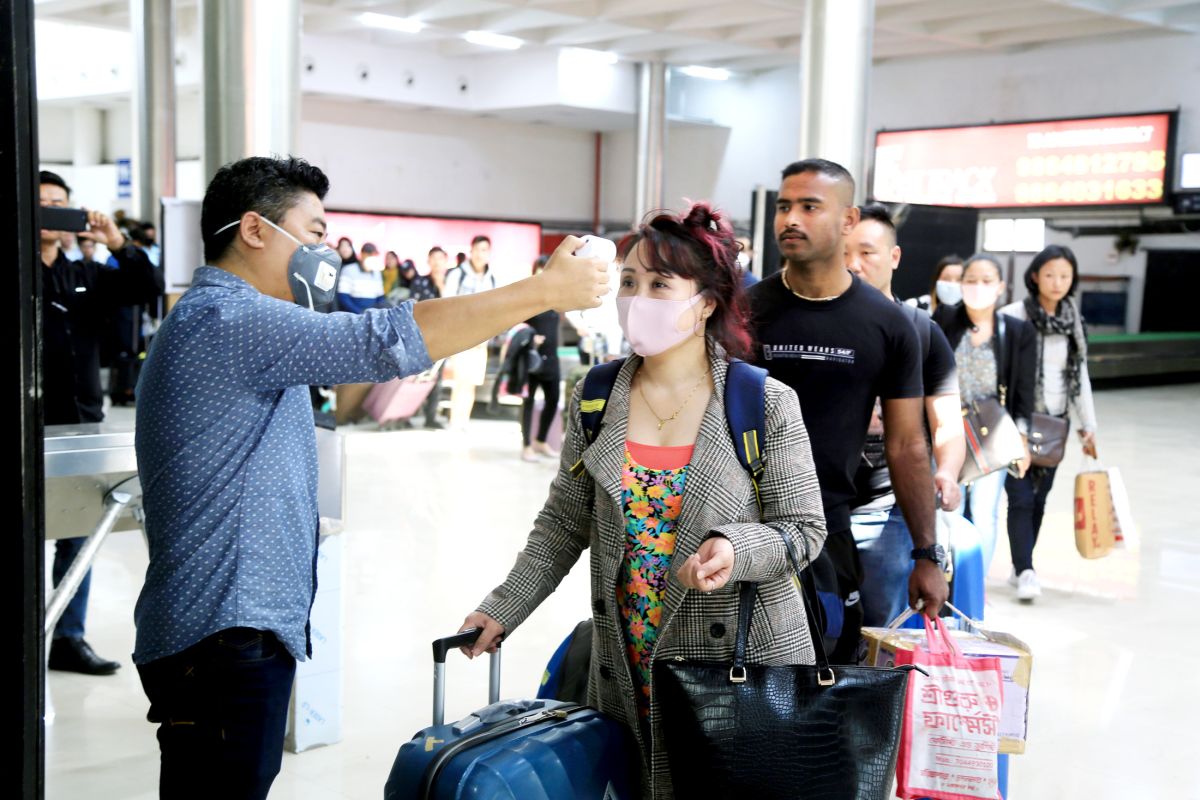 Passengers line up to be scanned for COVID-19 on arrival at the Dimapur terminal on March 8. (Morung Photo by Soreishim Mahong)

Anxiety over the COVID-19 outbreak and its spread has gripped the world. However, preventive steps taken by governments to curb its spread have given a semblance of assurance to the public.

Nagaland state was also among the earliest in the country to put preventive measures in place, among which was thermal screening of in-bound passengers at the Dimapur airport though not an international airport.

Although it is a reassuring measure, some people have raised concern on the effectiveness of the scanning of passengers at the airport. A Dimapur resident questioned the logic of scanning incoming passengers at the point of exit (terminal exit) and demanded to know why the passengers are not being scanned right after disembarking from the plane before entering the terminal.

“I fail to understand why they are scanning only at the exit. The scanning is done only after the passengers are put through the usual security checks and collecting the luggage. By the time the passengers reach the exit point, there are already contacts with the ground staff and security personnel,” commented the resident.

According to him, if at all anyone was carrying the virus, it would have already spread before lining up for the scanning. He held that passengers making their way to the north-east should be scanned at all airports. “At the destination, they should be scanned right after getting off the plane before entering the terminal,” he said.

Another resident said that the government should temporarily restrict the inflow of international travellers, especially from the affected countries and regions. Citing the latest detection of a positive case of a foreign tourist, who was said to have passed through Assam, he said “In fact, (travel) restrictions should have been imposed long back.”

State Health officials on the other hand maintained that it is following the standard protocol as prescribed by the Union Health Ministry. According to one official, all international travelers are scanned for symptoms once they land and disembark from the plane before entering the terminal.

There was no information available as to how it is done in domestic airports for domestic passengers, especially during check-ins. It also could not be ascertained whether domestic passengers using connecting flights are put through the standard scanning procedure at check-ins and on arrival at different ports.

While researchers continue to study the nature of the new corona virus, the official said that maintaining personal hygiene— especially using sanitizers and masks in public places would go a long way in preventing its spread.