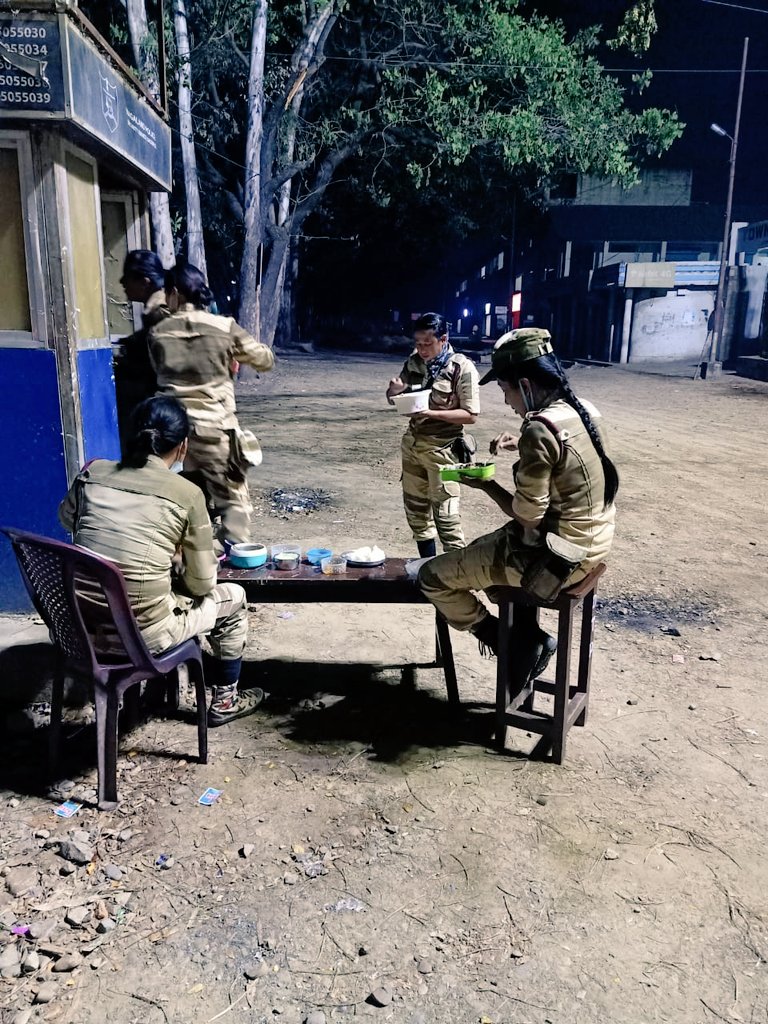 “Yes, I am a man in Khaki always covered in dust, soaked in rain, sweat and dirt. You see me by the road side always with my rusted rifle or in a traffic island. No summer is too harsh or winter too chill for me, but remember I am also just one of you.”

These are the words of the Nagaland Police.

With the nationwide lockdown due to COVID 19, various agencies of the State Government, though caught unaware and unprepared have swung into full action.

Security personnel, as the first in the line of defense have been at the forefront, patrolling and making people aware of social distancing, persuading people to stay at home and take action against those who defy the lockdown code without genuine reasons.

Of bouquets and brickbats

There have been stray incidences of police highhandedness, prompting public criticism.

One Police officer admitted that the force does have shortcomings and loopholes. He however added: “I am not trying to justify any illegal action or any high handedness of our jawans but even the public, they tend to provoke our men and officers on the ground.”

He maintained that the department has been sensitizing its personnel to “be polite but firm” and also to “abstain from drinking” while on duty. “It is a difficult situation for all of us and we are doing the best we can,” he added.

Despite incidents of Police highhandedness, there have also been numerous instances where the police have gone out of their way of putting into practice the value of “service to humanity.”

Police personnel across the state have been helping those in need of essentials and medical aid, stitching masks and distributing them, aiding people and ensuring security in transporting materials related to COVID-19.

The main challenge for the police has been the inability of most people to practice social distancing, said one exasperated Police officer, adding that even though almost all the grocery shops have markings, people rush into the shops as soon as they open.

Another problem, he cited, is people don’t want to be stopped even for a minute for checking of ID cards. Citizens should also remember that our jawans are standing for hours together out in the streets in the service of all, and we are trying our best, he added.

A jawan patrolling the streets also expressed disappointment that people who are breaking the lockdown codes and are rude when asked to follow the rules.

Frustrated with the carefree attitude of the people coming out into the streets, another jawan viewed that people aren’t taking this lockdown seriously and have failed to understand the gravity of the situation.

“We want to be home but for us duty comes first,” he said and requested the people to be responsible.

Since the lockdown was announced, the Nagaland Police had issued a message dedicated to the women and men in khaki who now stand as a first line of defense in the fight against COVID-19.

It recognized how despite personal concerns for their own health and families, the lack of protective equipment etc, their pledge to serve the people come first.