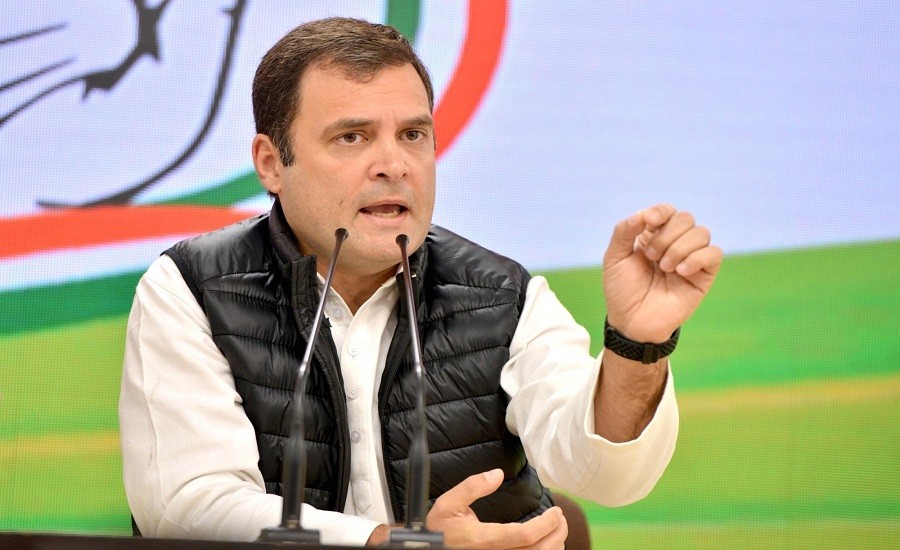 New Delhi, July 31 (IANS) Former Congress chief Rahul Gandhi in his conversation with 2006 Nobel Peace Prize winner and Bangladesh Grameen Bank founder Muhammad Yunus said on Friday that the novel coronavirus pandemic has given an opportunity to have a brand new imagination and emphasised on going back to the rural economy as the western model opted for has some serious problems.

Speaking to the Congress leader, Yunus said: "I said Covid-19 pandemic suddenly stopped the whole machine, the entire economic machine. Now the whole thrust is coming over how quickly we can go back to where you were coming from."

He said wealth in that world is moving to too few hands in the most of the people have nothing to do with that wealth anymore. "So why do we have to go back to that system to create wealth concentration? As a going back will be suicidal. This Covid-19 has given us a chance to think new. Opportunity to make a break," he said.

He further said that this is the time to take decision, "outrageous decisions" right now.

Rahul Gandhi said that we need to think about our traditional structures. "So I think I agree with you that the game needs to be equalized for rural people and imagination in Covid-19 gives us an opportunity to have a brand-new imagination which comes from within us as opposed to from outside us," the Congress leader said.

The Grameen Bank founder also said that it is time to make new system as thousand mile journey starts with the first step.

The Congress leader lamenting at the government over the handling of the migrant workers crisis during the nationwide lockdown said that it was a "massive issue". He also said that the micro entrepreneurs suddenly found stranded.

Rahul Gandhi said that he saw the first hand account of the pain people were going through as their world has fallen apart. He said the first aspect of it was trying to look after those people immediately, and our perspective was give them food, give them cash injection directly to keep them, to keep them, afloat.

"But the government had a different view. They didn't really do that. They sort of didn't feel that that was necessary. Then we have this big crisis of millions of people going home walking thousands of miles. I think that if you don't come out of Covid-19 with a new imagination, you have missed a huge opportunity both as an individual and as a nation," he said.

The Congress leader also said that what Covid-19 is telling is that what you have been doing so far is problematic and as you are saying reset.

"Start with a blank page and start with a new imagination, of course, you can't make a jump like that in governance but at least the mind should go there and then the rest of the institutions and other things will follow," he said.

To a question by Yunus that what would you see the next generation, second generation in India, will see the world like, the Congress leader said, "In India there is a clear feeling that something has gone very wrong, that feeling is there in the people and particularly in the young people."