Covid-19 vaccine will be 'reality' by year-end: Fauci 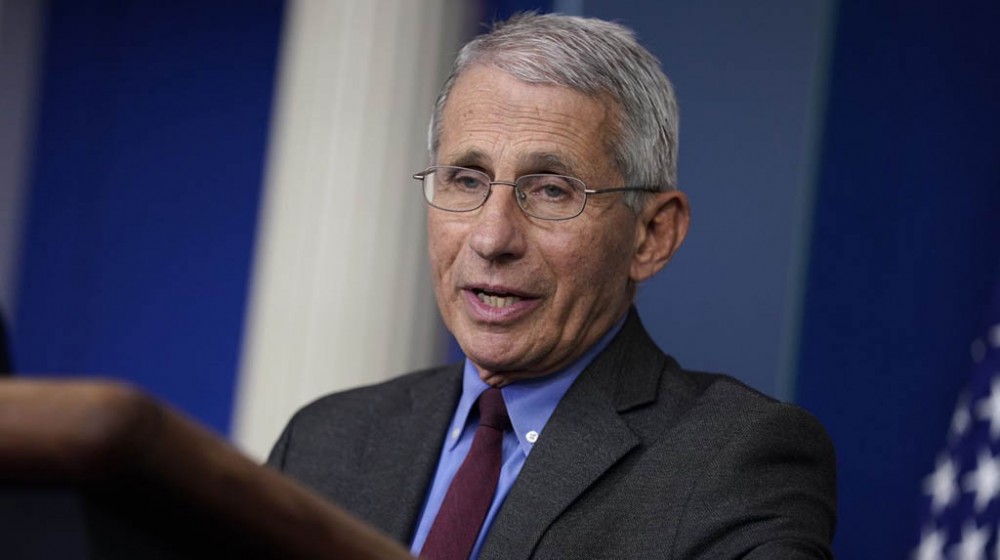 New York, August 1 (IANS) A safe and effective Covid-19 vaccine will be a "reality" by the end of the year, Anthony Fauci, America's leading authority on the pandemic, said on Friday.

"I don't think it is dreaming, I believe it is a reality and will be shown to be a reality," Fauci told a House of Representatives committee about the expected timeline for the vaccine.

The administration of President Donald Trump has launched a programme, Operation Warpspeed, to rapidly produce a vaccine for Covid-19, which, he said, would have a vaccine ready by late Fall (autumn) or early winter.

"From everything we've seen now, in the animal data, as well as the early human data we see, we are cautiously optimistic that we will have a vaccine by the end of this year and as we go into 2020-21," Fauci said, responding to Democratic Representative Caroline Maloney's scepticism.

She cited the failure to develop a vaccine for HIV and the five-year delay for an Ebola vaccine to question the speed of developing one for Covid-19.

Fauci explained that there was a significant difference between HIV and coronavirus and how the body responds to them.

Maloney asked if the US would manufacture Chinese and Russian vaccines, which she said, were being tested in Indonesia and Brazil.

Fauci was sceptical about them. "I do hope that the Chinese and the Russians are actually testing the vaccine before they are administering the vaccine to anyone, because claims of having a vaccine ready to distribute before you do testing, I think, is problematic at best," he said.

"We are going very quickly... I do not believe that there will be vaccines so far ahead of us that we will have to depend on other countries to get us vaccines," he said.

China and Russia have been accused by the US of hacking into US research organisations to steal vaccine information.

The US began a massive Phase 3 trial involving 30,000 volunteers this week of a vaccine developed by Moderna.

That vaccine and others are already being manufactured with US government aid.

Fauci said that the risk the US was taking with the vaccines was financial one by underwriting them and not a safety risk.