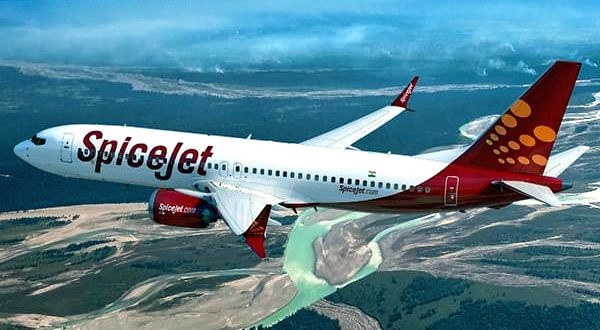 NEW DELHI, SEPTEMBER 15 (IANS): Airline major SpiceJet on Tuesday reported a net loss of Rs 593.4 crore during Q1FY21, as flight operations remained suspended for most part of the quarter following the nationwide lockdown.

The company had reported a profit of Rs 261.7 crore in the same quarter of the previous year.

The company's results belie the fears of investors. Interestingly, another listed airline in India had reported a loss of over Rs 2,800 crore for the same quarter.

SpiceJet reported a EBIDTAR profit of Rs 13.5 crore, while revenue from its cargo operations increased by a massive 144 per cent.

"Operating revenue was Rs 514.7 crore for the reported quarter as against Rs 3,002.1 crore in the same quarter last year," the airline said in a statement.

"For the same comparative period, operating expenses were Rs 1,303.2 crore as against Rs 2,887.2 crore." The company added that the present operating environment on account of Covid-19 though does not reflect the true comparison of the current results with those of the corresponding quarter last year.

"Our performance during the last six months clearly signifies our positive attitude and our ability to find opportunity in adversity," said Ajay Singh, Chairman and Managing Director, SpiceJet.

"This has seen us quickly bounce back with industry best load factors and emerge as India's number one cargo company."