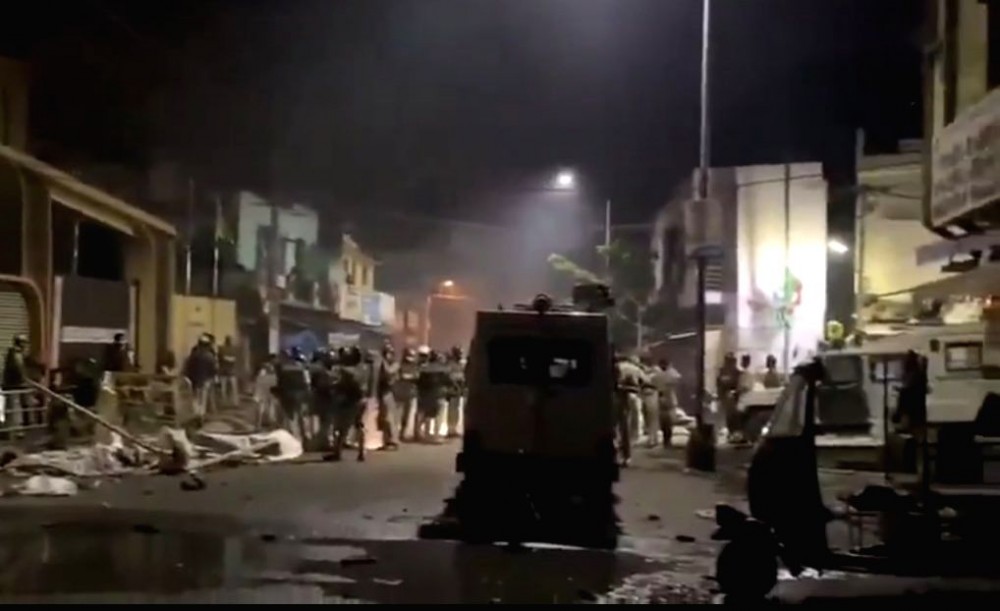 "With regard to the incidents in D.J. Halli, accused Naveen was arrested for posting derogatory posts," said city Police Commissioner Kamal Pant.

Naveen is said to be the relative of Congress MLA Akanda Srinivas Murthy.

Pant said 110 accused persons involved in the rioting have been arrested.

"Total 110 persons accused arrested for arson, stone pelting and assault on the police. Appeal to all to cooperate with the police to maintain peace," said the police commissioner.

He directed the officials to take action against the perpetrators.

"The attack on journalists, police and the public in the riot last night was unpredictable. The government will not tolerate such provocations and rumours," said Yediyurappa in Kannada.

He said strict action against the perpetrators was certain and appealed to the people to act with restraint.

It took firing by the city police, resulting in the deaths of three people, to bring the riot under control in Bengaluru, a senior police officer said on Wednesday.

"Due process was followed and firing happened and only then did the situation come under control," Central Crime Branch (CCB) Deputy Commissioner of Police (DCP) Kuldeep Jain told IANS on the violence that broke out on Tuesday night.

Jain spent the whole night at the riot-affected places and only returned at 7:30 a.m. on Wednesday morning.

Since the riots occurred in the night, mobilising additional police forces took some time.

"We tried to convince them but the mob was violent and started pelting stones on the policemen. Because it was late night, mobilising police forces took a little time," he said.

After controlling the riots around 1 a.m., police took up the task of identifying and arresting the culprits.

"Until 5 a.m. in the morning we have been identifying and arresting the people involved in the riot," said the DCP.

According to Jain, the identification and arrests will continue as up to 1,000 people have been involved in the riot, and arresting 110 people is just the start.

All the 110 accused have been arrested under IPC Section 307 for attempt to murder and for obstructing a public servant.