Despite fresh recruitment, shortage of doctors persist in Nagaland State 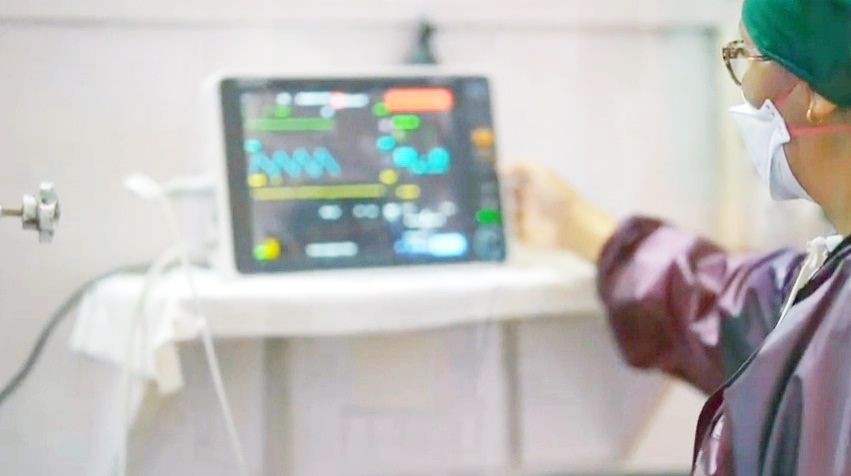 A healthcare worker monitors a patient’s status in Nagaland. Despite the recent recruitment drive by the government, the State still faces a shortage of doctors.
Nagaland
18th January 2021

Despite the Nagaland Government’s efforts to fill manpower gaps in the State’s healthcare sector, there is still scarcity of medical doctors in Nagaland.

With the COVID-19 pandemic exposing the frailties of Nagaland’s health care infrastructures and the lack of manpower, the State Government had scrambled to make quick remedies. While it has succeeded in filling some gaps, a lot more needs to be done.

Against the post advertisement for 199 vacancies (as necessitated) in 2020 due to the pandemic, only 168 applicants have applied for the said post, it was learnt.

Meanwhile, with the upcoming Medical Colleges at Kohima and Mon, sources disclosed that “it will be a disaster for the state” with the acute shortfall of medical doctors.

Sources from the Nagaland In-Service Doctors’ Association (NIDA) informed that a minimum of 150 doctors (inclusive of specialists) per medical college will be required, totalling the requirement to 300 doctors. This will further the shortfall of doctors in the public sector given the present scenario.

The World Health Organisation (WHO) recommends a doctor-population ratio of 1:1000. The State has a ratio of 1:2318.

The national average too stands at 1:1700 which indicates a countrywide shortage of doctors. While India requires 6 lakh more doctors, the country produces only 70,000 doctors per year.

Shortage more acute
While there are 1,118 doctors registered in the Nagaland Medical Council as of January 14, NIDA sources disclosed to The Morung Express that the total requirement of doctors in the state is 2,073.

Considering Nagaland’s MBBS seat allocation of about 35-40 per year, there is concern that it will take about 23-27 years to achieve the WHO recommendation.

The sources further disclosed that out of the 1,118 registered doctors, 528 doctors are in the public sector and about 200 are retired.

The situation is grim for other extended wings of the Health Department as well. A source from the Nagaland State Aids Control Society (NSACS) revealed that it is putting up a proposal to the National AIDS Control Organisation (NACO) for appointment of Bachelor of Dental Surgery (BDS) personnel as medical officers.

This, the source said, was necessitated due to the lack of medical doctors, which was compounded as the existing ones have been absorbed into the recently advertised vacancies.

NIDA for enhancing superannuation age
Following the Government of India’s decision in May 31, 2016 to enhance the age of superannuation keeping in view the shortage of doctors and to enable it to retain experienced doctors for longer periods, many states in the country have raised the age of retirement of medical doctors to 65.

Subsequently, the Nagaland In-service Doctors’ Association (NIDA) had written to the State Government on August 17, 2016 for enhancement of superannuation age. It viewed that retention of senior doctors was one of the strategies to address the skewed doctor population ratio in the State.

Following which, the Cabinet in its memo dated December 2016 (made available) stated that “the proposal has thus not been agreed both by Finance and P&AR.” According to the Finance Department “the senior doctors are manning administrative posts only, and therefore, the enhancement will have no impact on the delivery of health services.”

The P&AR meanwhile viewed that “the situation is different in Nagaland” and that “there are no unfilled vacancies against posts owing to no-availability of applicants.” The P&AR maintained that State Government employees are bound by the Nagaland Retirement from Public Employment Act 2009.

The State Cabinet in its meeting on March 25, 2017 decided to constitute a five-member committee headed by the Chief Secretary to examine the NIDA’s proposal. However, with no response either from the committee or the government, the association submitted another representation on October 27, 2020 and another to the Chief Secretary on January 14, 2021. Consequently, the Cabinet held a meeting on January 14, 20201 and decided on further discussions.

The NIDA stated that owing to the long duration of MBBS course, doctors enter into the state service around the age of 26-27 years and are unable to complete the 35 years length of service due to superannuation of age.

The association viewed that in the coming years, many experienced senior doctors will be retiring due to superannuation of age which will further aggravate the doctor shortage crisis.