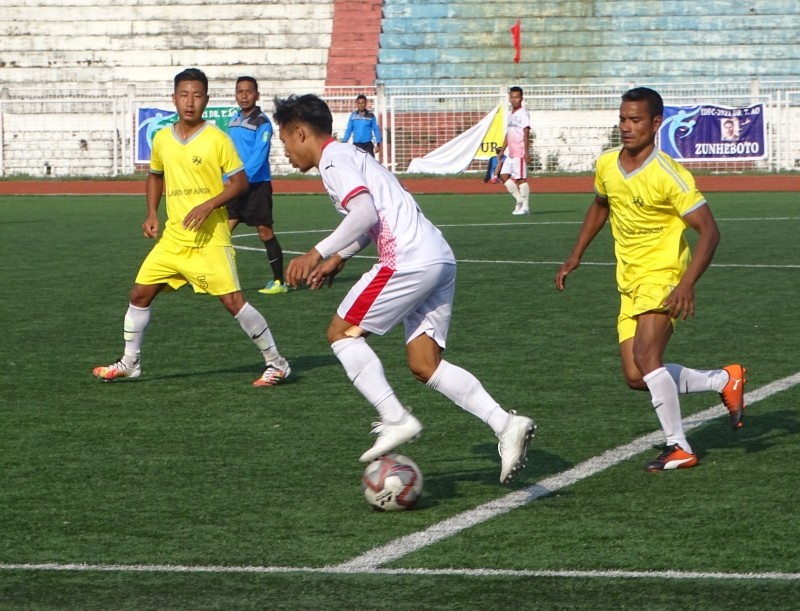 In the first match of the day here at Indira Gandhi Stadium, Peren’s Ilungrai scored early for his team in the 23rd minute.

However, Peren did not hold advantage for long as Phek’s Khwetelhi Thopi equalised just before the end of the first half in the 41st minute. With no goal from either side in the second half, the match ended in a 1-1 draw.

Meanwhile, Zunheboto downed Noklak 3-1 in the second match, with Kibovi opening the account for team in the 35th minute. Later, Kitho and Mughapu also netted a goal each for the team. Noklak’s lone goal in the 50th minute came from the boots of Longshi.

Kivi Zhimomi’s brace in the 30th and 60th minute and another goal by Kakhevi Assumi in the 31st minute ensured a 3-0 victory for Dimapur against Mon.

Meanwhile, Sinlo Kent scored the lone goal in the last match of the day to secure Kohima’s 1-0 win over Mokokchung.