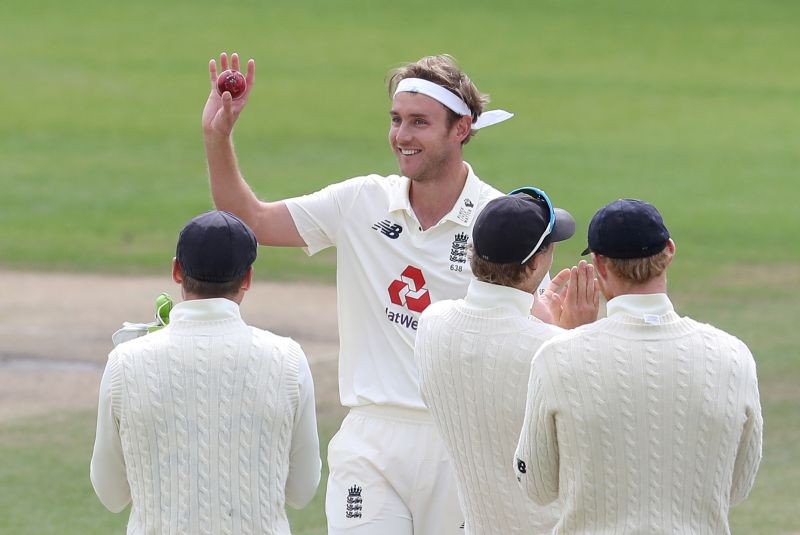 The right-arm quick returned to claim 16 wickets in the next two tests as England won back-to-back matches to triumph 2-1, with Broad picked as the player of the series.

"Were there thoughts of retirement going round my head? One hundred per cent. Because I was so down," Broad told the Mail on Sunday.

"I can't think of many times I have been down like that. When I have been dropped before, I can go 'Fair enough, good decision, can't really argue with that'.

"This time, when Stokesy told me I wasn’t playing, I felt my body go into shakes. I could barely speak," he said, referring to acting captain Ben Stokes.

Playing the series in a bio-secure bubble, to prevent the COVID-19 spread, made dealing with the disappointment a lot more difficult, he said.

Broad, with 501 wickets, is second only to new ball colleague James Anderson (589) in the list of most test wickets by an English bowler.

"Jimmy is now within touching distance of 600. So stats wise, absolutely."