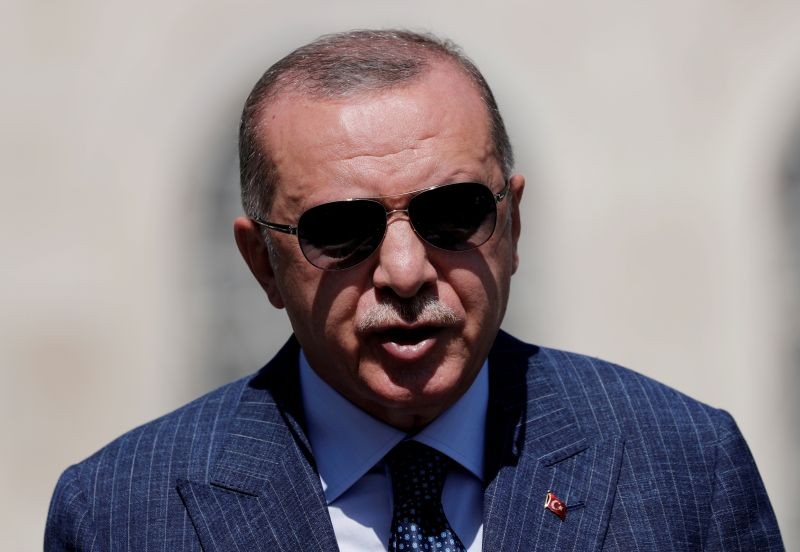 EU leaders on Friday overcame concerns by Cyprus, which pushed for sanctions on Ankara, by assuring it that the bloc would punish Turkey if it continues oil and gas drilling in disputed areas of the Eastern Mediterranean.

Tensions have raised between Turkey on one hand and Greece and Cyprus on the other over energy exploration and maritime jurisdiction at sea.

The Turkish presidency said Erdogan spoke to Merkel by video conference and told her the summit decisions were "detached from elements that could overcome problems in ties and ready the groundwork for dialogue and cooperation" between Ankara and the bloc.

Erdogan "stated that the EU had succumbed to pressure and blackmail from Greek Cypriots and Greece despite Turkey's good faith," the presidency said in a statement.

Ankara on Monday pulled one of its drill ships operating southwest of Cyprus back to the coast in a move the EU said would help ease tensions in the region.

Merkel had mediated between Ankara and Athens amid the tensions.