Europe's aristocrats battle for right to take on nouveau riche 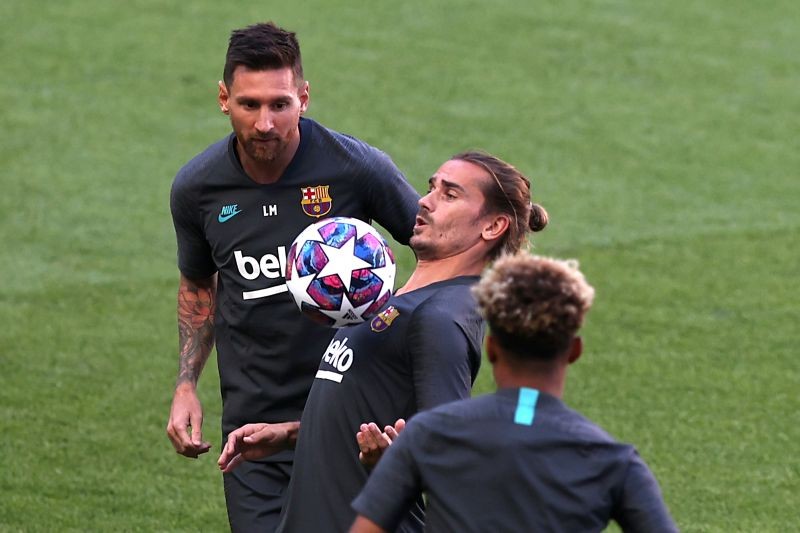 Much of the build-up to the mini-tournament has focused on the challenge from the 'nouveau riche' clubs.

Paris St Germain were the first to book a semi-final place with Wednesday's win over Atalanta and Manchester City are looking to progress on Saturday against Olympique Lyonnais.

But with five European Cup titles each to their names, Bayern and Barca are very much part of the continent's soccer aristocracy and have no intention of giving up their status to the big-spending clubs backed by Gulf money.

It has been a while since either club has been European champions however -- Bayern last won the Champions League seven years ago while Barca's most recent triumph was in 2015.

With Real Madrid, winners of three of the last four editions, eliminated by City and last year's champions Liverpool knocked out by Atletico Madrid, Bayern and Barcelona will feel this year represents a great chance for their sixth title.

The Bavarians head to the Portuguese capital in buoyant mood having clinched their eighth straight Bundesliga title with a remarkably consistent run of form.

Bayern have now gone 27 games unbeaten in all competitions winning 26 of those matches, including their last 18.

"I think we can beat every opponent," said midfielder Leon Goretzka.

"Of course we know a very good team is waiting for us, peppered with world-class players, but we arrive with a broad chest that we've developed over the past nine months. Ultimately, we're already in a positive mood," he said.

Barca's mood is less exuberant after they were beaten to the La Liga title by rivals Real, although they showed no signs of that disappointment in a 3-1 last-16 second leg win over Napoli.

French forward Antoine Griezmann says the key will be for the Catalans to commit to their trademark passing style against the German side.

"They're a very physical team that's used to having the ball. We have to make life difficult for them and play our game," he said.

Bayern and Barcelona have met 10 times previously in European competitions, with the Germans coming out on top on six occasions and drawing twice.

The winners will face City or Lyon in the semi-finals.