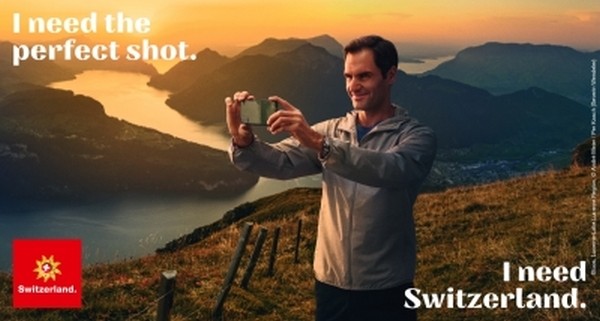 "Roger Federer and Switzerland Tourism will together develop initiatives to promote Switzerland globally. The support is much needed at this time, emerging from the biggest tourism crisis since the Second World War," said the board in a statement on Monday.

A series of visuals and short clips will showcase Roger Federer "being energised by Swiss nature".

"Communication activities will begin throughout the month of April with a focus on European cities followed by the USA and Asia Pacific, specifically India. (Federer) will present his preferred places, Swiss highlights as well as hidden gems," said ST.

Federer, a 20-time Grand Slam champion, was born in Basel, the third-most populous city in Switzerland, and lives in the northern municipality of Bottmingen.

"I have been all over the world. My favourite place has always remained Switzerland. It's the country I miss the most, when I'm travelling," said Federer.