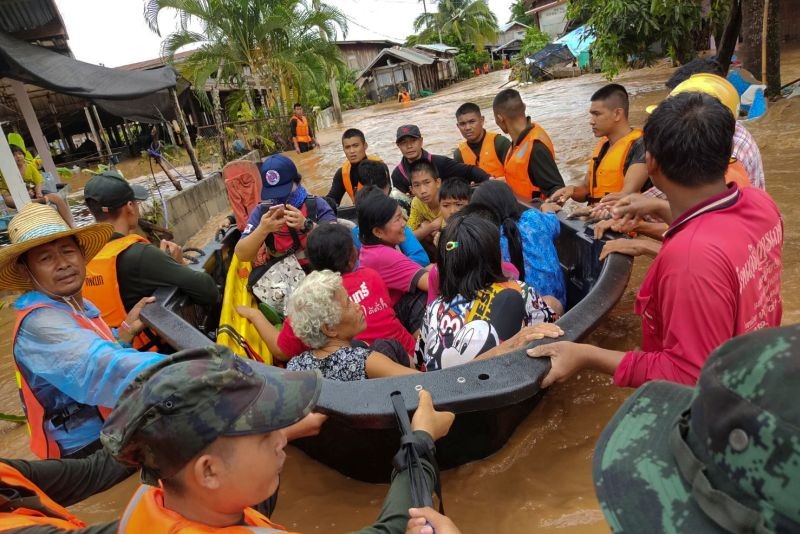 By Monday morning, residents in rubber boots were out clearing debris from the storm that uprooted trees, pulled down electricity poles and tore sheet roofs from some buildings.

"The flood came very fast, my family couldn't grab anything," said Rattiya Panich as she cleaned her house. Two people died, according to the interior ministry.

Sinlaku also hit Laos and Vietnam, where it killed another two people on Sunday in the provinces of Hoa Binh and Quang Ninh, Voice of Vietnam (VOV) reported.

Authorities there warned that heavy rains might cause landslides and flash flooding in Vietnam's northern mountainous provinces.

Some parts will see up to 400 mm of rainfall from Monday to Wednesday, the Vietnam Disaster Management Authority said.

The storm was moving towards Myanmar on Monday, Thailand's meteorological department said.