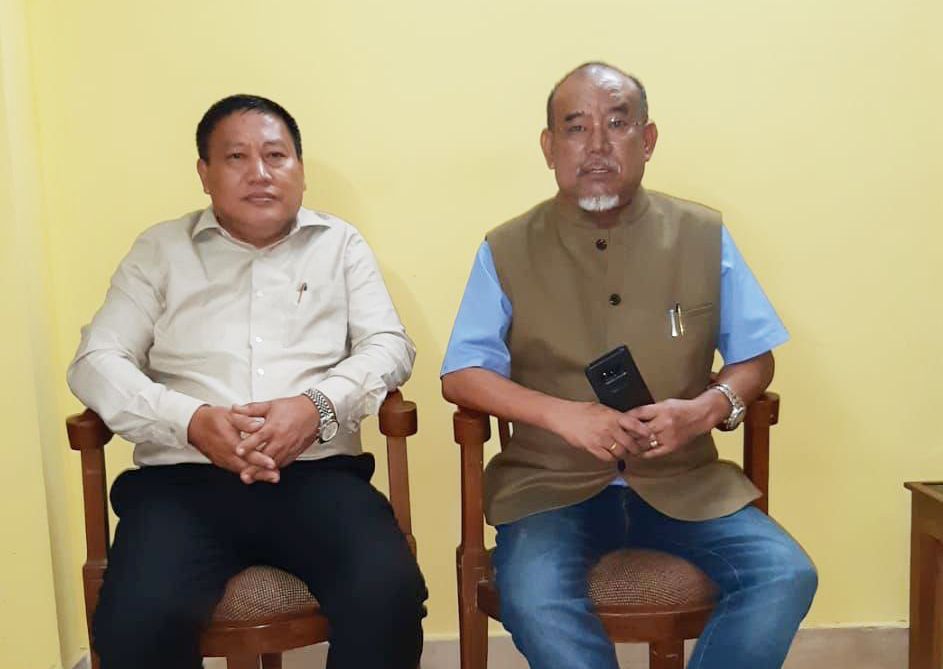 Former Kilo Kilonser of the NSCN (IM), Hukavi Yepthomi alongwith 16 other functionaries today joined the Working Committee of 7 Naga National Political Groups (WC NNPGs) that is in also in talks with the Government of India (GoI) to resolve the Indo-Naga political issue.

“It is not clear which group he will join. But at this juncture that’s irrelevant,” he said, while adding that the WC is one unified entity.

Yepthomi’s change of heart was attributed to the WC’s efforts to ensuring that the political engagement with the GoI benefits the Nagas as a whole.

According to a member of the WC, who wished to remain anonymous, what the WC is negotiating for is for all Nagas. “This we can assure. There is no way we can succumb to economic packages.”

Meanwhile, the meeting between the Government of India and the WC on October 25 could not take place as scheduled. The meeting has been deferred to October 26.

“We bear no malice against anyone and hope that our decision would be respected,” the declaration, which also included the names of the 16 other functionaries, stated.

“With deep conviction that this is a decisive hour for the Naga people to ink an agreement with the Government of India, without compromising on our history and identity, I, Hukavi Yeputhomi, former Kilo Kilonser NSCN (IM) and currently a member in the ongoing negotiating team of NSCN (IM), along with my co-workers, on our own volition and with clear conscience, have joined the WC, NNPG,” it declared.

The declaration said that the interest, pursuit and potential of future Naga generations “must not be jeopardised by unresolved symbolic issues when negotiating parties have long come to terms that sovereignty and integration were not possible at a present time.”

It added that the “geo-political situation demands the Nagas to be pragmatic at this juncture of our struggle.” The declaration said that the WC NNPGs “have been practical and realistic in their negotiation with the GoI. We agree that unresolved contentious issues must be pursued earnestly post solution politically and democratically.”

It expressed “utmost respect” for NSCN (IM) Chairman, Q Tuccu, General Secretary, Th Muivah “and all esteemed colleagues.” However, the declaration stated that “although I was at the negotiating table till yesterday, October 24, 2019, I realised our chief negotiator would remain insensitive to our people's plea for honorable and acceptable solution.”

It meanwhile acknowledged that the ‘Agreed Position’ between the Government of India and the WC signed on November 17, 2017 “safeguards Nagas' right to self –determination,” and cited this as a reason for them to align with the WC, NNPG.