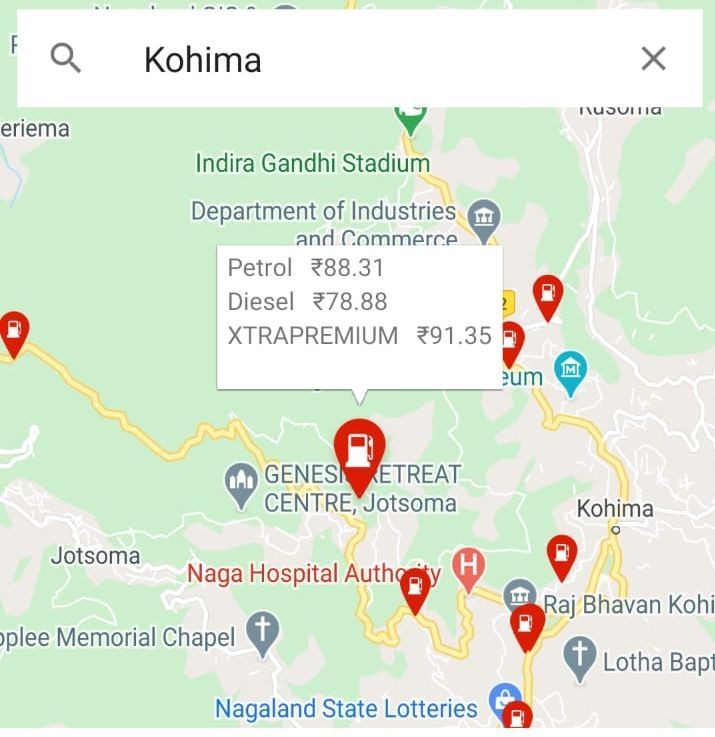 A screenshot of the IndianOil ONE app showing fuel prices in Kohima on January 18. The app is maintained by Indian Oil Corporation Ltd for fuel related needs. (Screenshot/Morung Photo)
Nagaland
18th January 2021

After a three-day pause, fuel prices increased again by 25 paisa per litre across India, including Nagaland, on January 18.

With this, petrol on Monday was retailing at Rs 88.31 in the state capital Kohima, up from previous day price of Rs 88.06.

The prices were marginally lower in Dimapur at Rs 87.34 for petrol and Rs 78.19 for diesel.

The quantum of the rise, however, varied from state to state depending on tax regulations prevailing in the central tax, state and transportation cost.

The increase in pump price of petrol and diesel came on a day when global oil prices have a glimpse of softening with crude falling below $55 a barrel after almost a week of hovering above that range, it added.