Golf: With weight off his shoulders, Atwal looks to regain form 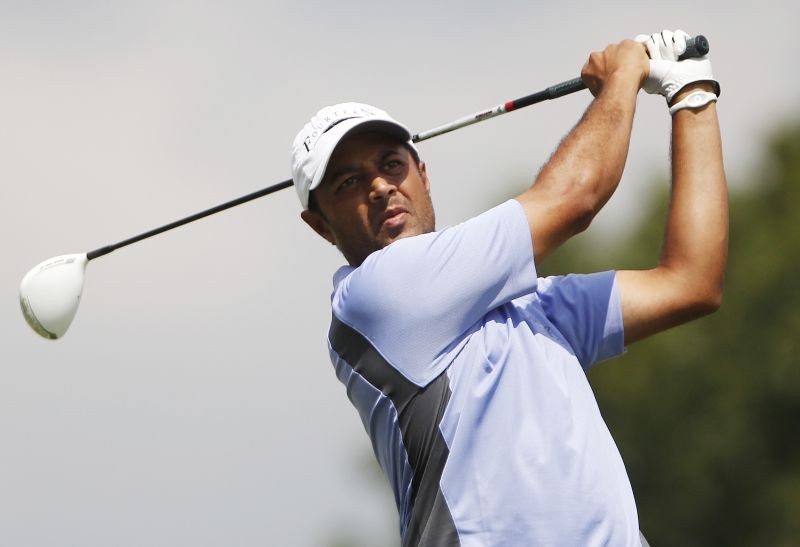 Arjun Atwal of India tees off on the second hole during the second round of The Barclays golf tournament in Edison, New Jersey August 26, 2011. REUTERS/Jessica Rinaldi/Files

(Reuters): India's Arjun Atwal has turned up lighter, stronger and pain-free for this week's Rocket Mortgage Classic as he seeks to follow Phil Mickelson's example for longevity on the PGA Tour.

Since becoming the PGA Tour's first Indian winner at the 2010 Wyndham Championship, Atwal has spent much of the last decade batting inconsistent form and career-threatening shoulder and wrist injuries.

The 47-year-old says he is drawing inspiration from five-times major champion Mickelson, who lost 15 pounds last year to get back into shape in a bid to keep challenging for titles.

"Phil is showing that anybody in his 40s or 50s can do well and it gives us inspiration," Atwal, who is at the Detroit Golf Club on a sponsor's invite, told the PGA TOUR.

"I'm in Detroit to compete and I'm going in with the mindset of trying to win a golf tournament.

"I want to get on a roll and get competitive... I still have the desire to win as long as my body can perform. If those things are there, then I will play. As of right now, I'm feeling great."

Thanks to his new diet and fitness regime, Atwal has got his weight down to what it was in 2004, the year he made his debut on PGA Tour, and the eight-time winner of the Asian Tour says he can feel the difference.

"I'm looking forward to this one as my body feels okay for the first time in a long while. To play a tournament pain free would be great. Look forward to playing without back pain," he added.

"I've added swing speed too ...The legs feel stronger and I'm hoping that when I get to Sunday, it'll show up when you're carrying less weight."