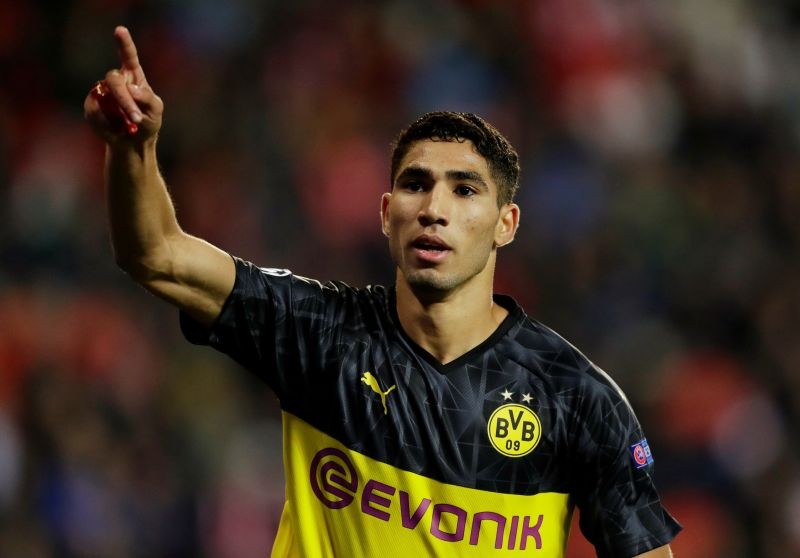 Hakimi was photographed arriving in Milan on Tuesday for a medical and also published a farewell letter to Dortmund on his Instagram account.

The report in AS said the 21-year-old is about to sign a five-year contract with Inter.

A product of Real's academy, Hakimi made 16 appearances for their first team in the 2017-18 season but his long-term prospects were limited by the consistency of Dani Carvajal and the signing of Spain international Alvaro Odriozola in 2018.

He made 45 appearances in all competitions for Dortmund this season, scoring nine goals and providing 10 assists to help the team finish second in the Bundesliga.

"The moment has come to bring a great period of my life to a close," Hakimi wrote on Instagram.

"After two marvellous years, I have to leave this club which has given me so many happy moments."