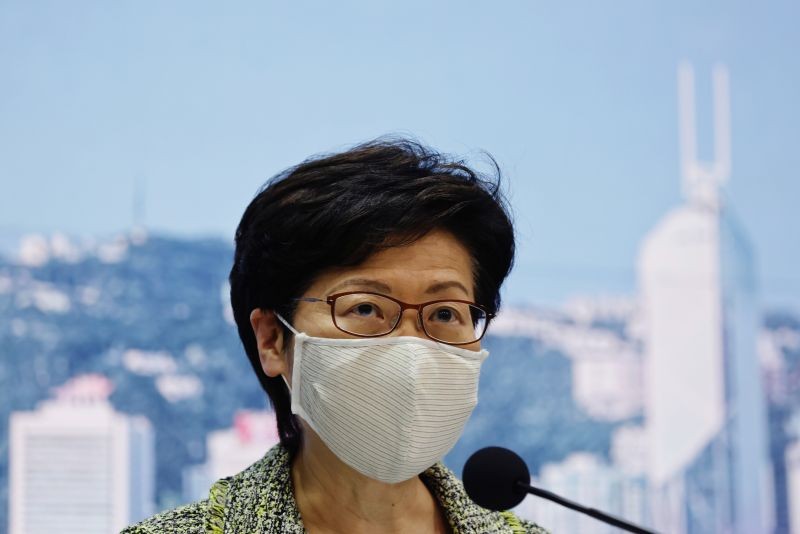 HONG KONG, September 22 (Reuters): Hong Kong has no legal basis to demand that any particular rights be extended to 12 Hong Kong people detained in China as they tried to flee by boat and they will have to face the law there, the city's chief executive said on Tuesday.

The 12 were arrested on Aug. 23 for illegal entry into mainland Chinese waters after setting off from Hong Kong in a boat bound for self-ruled Taiwan following a crackdown on pro-democracy activists in the former British colony.

Their failed bid to flee to Taiwan has highlighted the fears that many people feel in semi-autonomous Hong Kong about what they see as China's determination to end any push for greater democracy in the financial hub.

Chinese police have said the 12 were suspected of illegal border crossing. China's foreign ministry has called them "separatists."

Hong Kong Chief Executive Carrie Lam was asked at her weekly news conference if she could ensure that the 12 would be afforded human rights safeguards such as presumption of innocence, fair trial and legal representation.

"We do not have the legal basis to do the things that you want us to do," she said.

Mainland authorities have said the legitimate rights of the 12 were being protected according to the law.

China's legal system is controlled by and loyal to the ruling Communist Party, meaning courts do not usually challenge party or government accusations.

Lam said the 12 would have to face the law in mainland China before they could return to Hong Kong to face justice for any crimes committed at home.

All 12 were suspected of crimes in Hong Kong related to anti-government protests that erupted last year. Ten had been charged, released on bail and not allowed to leave the city.

They are being detained in the neighbouring city of Shenzhen.

Their fate is being closely watched in Hong Kong amid apprehension about Beijing's greater control over the city especially since it imposed a national security law in June.

Beijing and Hong Kong government say the law is aimed at tackling subversion, separatism, terrorism and collusion with foreign forces.

Critics say it undermines the special status the city was guaranteed when Britain handed it over to China under "one country, two systems" formula in 1997.

Supporters of the law say it will bring stability and safeguard prosperity after a year of unrest.