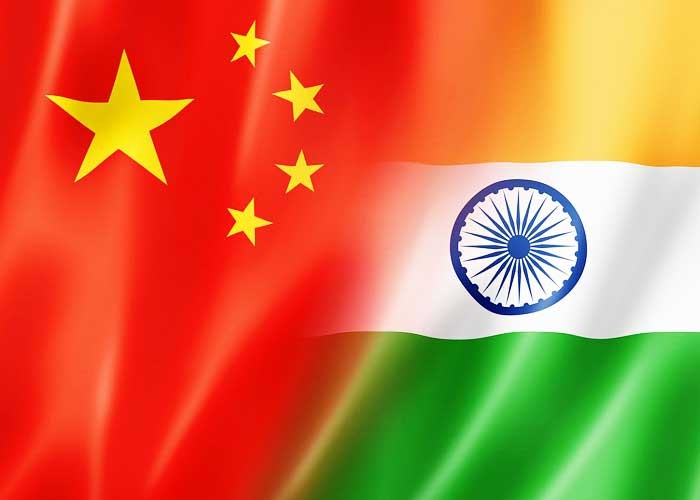 New Delhi, July 11 (IANS) A resolute, unruffled leadership and India's multi-pronged, hard stance, from the borders to financial markets, has forced China to tone down its aggression it had initiated since early May 2020. While India's military had been mobilised in equal measure to counter China's belligerence along the Line of Actual Control (LAC), Prime Minister Narendra Modi's Leh visit last Friday was the clearest message to the Chinese. His emphatic assertion that India is ready to fight a bloody battle if it is required to defeat the expansionist Xi Jinping's China could not have been more candid. It showed the world India's resolve to fight and overcome any challenge to its strategic interests.

It is the second time during his tenure as Prime Minister that the Chinese have been pushed back - first in Doklam in 2017 and now Ladakh. Aided by his colleagues, Defence Minister Rajnath Singh, Home Minister Amit Shah, National Security Adviser Ajit Doval and External Affairs Minister S. Jaishankar, the Prime Minister appears to be evolving a China policy that aims to tackle Beijing's expansionist and predatory policies in almost every sector. From banning Chinese origin apps to preventing a free run for Chinese investors in India's tech and power sector, India appears determined not to let China use its free market. By adopting an all-of-government approach to counter China's policies, Prime Minister Modi is taking the complicated task head on in military, diplomatic and economic sectors.

The withdrawal of the Chinese PLA soldiers from the Galwan Valley and other locations in eastern Ladakh is just the start of what is perceived to be a long-drawn, complicated process. India will ensure that it must end at complete disengagement and de-escalation across the Line of Actual Control. The breakthrough was achieved after several rounds of military and diplomatic parleys India and China had, particularly after the Galwan valley incident which saw bloody clashes between two sides on June 15. NSA Ajit Doval's talk with Wang Yi, the Special Representative for boundary talks and China's Foreign Minister on Sunday, came on the back of intense negotiations between military commanders on the ground.

The two-hour long discussion between Wang and Doval appears to have convinced Beijing to cut its losses and agree to disengagement and de-escalation on the border. While the two press statements issued in New Delhi had points of divergence, both sides have agreed to continue negotiations and strategic level communication. The NSA is monitoring the situation after an agreement that both sides should complete the Ladakh disengagement fast.

Both sides were engaged in intense discussions with India asserting that the disengagement process should be based on the consensus of June 6. The two special representatives agreed that both sides should take guidance from the consensus of the leaders that maintenance of peace and tranquility in the India-China border areas was essential for further development of bilateral relations and that two sides should not allow differences to become disputes. Therefore, they agreed that it was necessary to ensure complete disengagement of troops and de-escalation at the earliest for full restoration of peace and tranquility at the borders.

The fact is India has made headway with China by standing firm. China realised that the level of intent and the intensity of purpose of India's determination to hit them back is at an all-time high. They have noticed what has been happening over the last month and how India is countering and matching every move of Chinese aggression. Chinese miscalculated that India would be "soft" going by past precedents after decades of cautious engagement with Beijing. That's why, it seems, for now, they are not taking any chances and stepping back.

All it clearly shows is that India will not relent on Chinese pressure along the LAC and will be ready for any eventuality - be it a bloody skirmish or war. India not once agreed to negotiate on China's terms but instead it put all its diplomatic, economic and military might to fight back. India's rapid military build up by "mirroring" the PLA deployments, with the induction of over 30,000 troops and heavy weaponry all along the LAC in eastern Ladakh certainly surprised the Chinese. Similarly, Sukhoi-30 MKI and MiG-29 fighters, Apache attack and Chinook heavy-lift helicopters are continuing with their round-the-clock operations after being inducted into the forward airbase.

India's military response, combined with intense diplomatic efforts, paid rich dividends and world leaders called out against China's antics and designs. India very effectively got the international community to understand New Delhi's perspective which resulted in both sympathy and support. Foreign Minister S. Jaishankar spoke to counterparts from the US, UK, France, Germany, Indonesia, Australia, Canada and Japan among others delivering India's view point on the standoff. There was an intense curiosity among them about the India-China clash, the causes and how India planned to deal with it. The international community was very receptive of what India had to say particularly in the light of Covid-19 and Chinese actions thereafter. India's strategy to degrade China globally worked and it made Chinese Communist Party leaders succumb to international pressure.

India's hardened stance would make China bleed economically. Following the ban on 59 Chinese apps, the government has also announced that Chinese companies would not be allowed to take part in road projects. The Indian Railways cancelled a significant tender to a Chinese company. BSNL and MTNL have also been asked to stop importing Chinese equipment.

Following the Prime Minister's call for 'Aatmanirbhar Bharat', traders associations have been calling to boycott Chinese products. The Indian government is now considering trade and procurement curbs targeting China in many sectors and weighing a decision to keep out Chinese companies like Huawei from the 5G trial. The moves could potentially cost Chinese companies billions of dollars. The combined estimated loss for these apps and Chinese companies is around $50 billion. This number will only go upwards. The message from India is that it cannot continue trade and investment relations as normal, if China does not relent and pull back its troops along the LAC.

(This content is being carried under an arrangement with indianarrative.com)