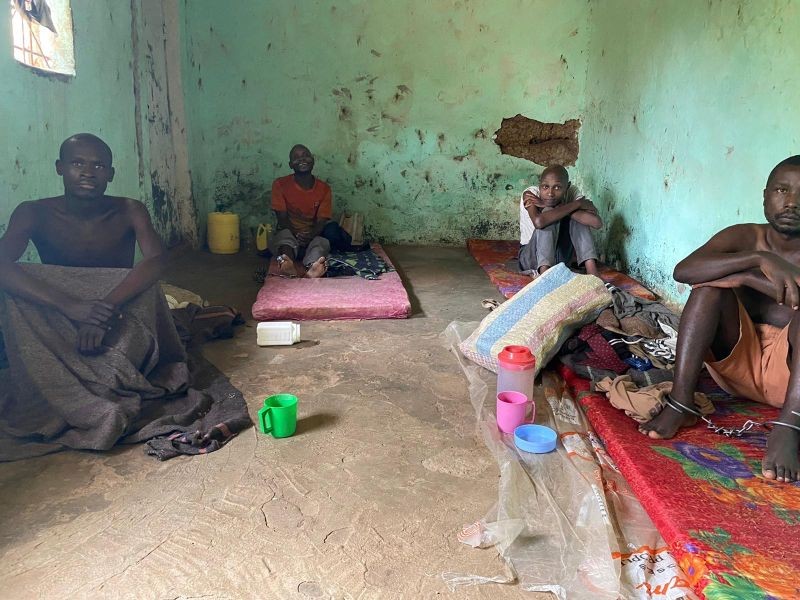 Without mental health support or awareness, families or institutions often shackle people against their will, leaving them eating, sleeping, urinating and defecating in one small space, the rights watchdog said in a report.

In the run-up to World Mental Health Day on Oct. 10, Human Rights Watch's report documents through almost 800 interviews how people with psychosocial disabilities in countries like China, Nigeria and Mexico can live shackled for years - chained to trees, locked in cages, imprisoned in animal sheds.

"We have found the practice of shackling across religions, social strata, economic classes, cultures and ethnic groups - it's a practice that is found around the world," said Kriti Sharma, senior disability rights researcher at Human Rights Watch, in an interview.

The belief in many countries "is that people with mental health conditions are bewitched, or possessed or have sinned, and as a result, they have a condition," she said.

China's foreign ministry and Mexico's health ministry did not immediately respond to an email seeking comment. A Nigerian health ministry spokesman said the ministry had not seen the report and declined to comment.

But around the world, in state-run and private centres and traditional and religious healing institutions, handlers deny people food, force medications and herbal remedies on them, and mete out physical and sexual violence, Human Rights Watch said.

In many countries, these services are "very profitable businesses," Sharma said.

The watchdog said families often shackle their loved ones out of fear they will escape and harm themselves or others.

"I've been chained for five years," a Kenyan man named Paul told Human Rights Watch, whose chains were so heavy he could barely move, according to the group.

"I stay in a small room with seven men," he said. "I'm not allowed to wear clothes, only underwear. I eat porridge in the morning and if I'm lucky, I find bread at night."