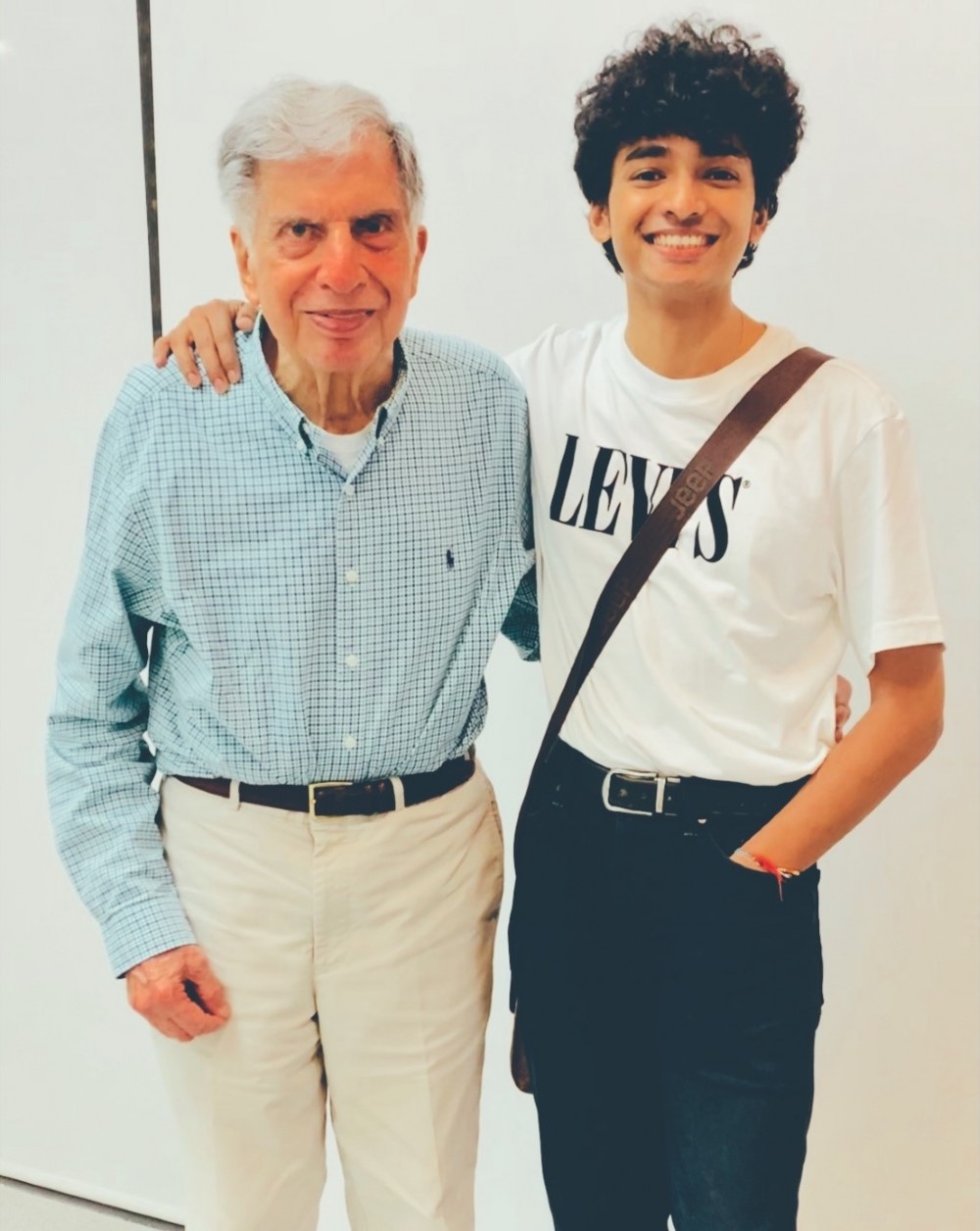 New Delhi, January 1 (IANS): It was their shared empathy for homeless dogs that sparked an unlikely friendship.

In 2014, Shantanu Naidu, an automobile design engineer in his early twenties, developed an innovation to save the local strays from being run over by speeding cars. Ratan Tata, himself known for his compassion for stray dogs, took note. Impressed, he not only decided to invest in the venture, but over the years became a mentor, boss and an unexpectedly dear friend to Shantanu, inspiring new ventures and learnings.

"I Came Upon a Lighthouse" (HarperCollins) is an honest, light-hearted telling of this uncommon bond between a millennial and an octogenarian that gives glimpses of a beloved Indian icon in a warm light.

"A shared concern for the welfare of the homeless, hungry, ill-treated and abandoned dogs and cats brought Shantanu and me together. He and his young friends had been bootstrapping a small start-up in Pune to feed, care for and find homes for these poor animals," Tata says in a Note in the book.

"He earned recognition when they made reflective collars, based solely on passion and kindness for animals. Knowing my love for dogs, he wrote to my office, not even expecting a response. I was impressed by what they had done and the compassion that Shantanu and the college kids had shown by investing their personal time and resources.

"I decided to invest in his start-up, and they received not just support but also encouragement to grow it through personal involvement. I was also impressed by his sincerity and offered him a job on the completion of his studies. Shantanu took the job and joined me in my office. He shares time between assisting me in our philanthropic activities, the development of the Tata Trusts' long-term plans and helping with startup investments.

"He has become a member of the small team which is driven by their desire to help others. Each day has a lesson to be learnt and each day is one of fulfilment that he has brought happiness to someone, or sadness at not having been able to do so. I hope Shantanu can be a shining light of kindness who will continue to be driven by genuine goodwill, and I am thankful that he is able to help others from deep within his heart," Tata writes.

Naidu's mind was very clear before he started the book.

"I told him that when I write a book, I would write about another side of him and not just historic events or business milestones. I would write about us and our adventures together, and how I saw him, colours and shades of him unknown to the world. Life beyond the great steel wall of 'industry doyen'.

"He agreed. There cannot be one book that captures everything... So you do your thing, give your perspective'," Naidu said.

To this end, Naidu said, the thought behind the book "has always been that of sharing the privilege of knowing Mr Tata personally with the larger community of his many admirers who only know him through news reports. There are shades of him other than that of a humble businessman which I have tried my best to capture in this light-hearted narrative. I also wanted to show how genuine and wholesome intergenerational friendships can be."

To address a growing social issue -- and to acknowledge how this story began -- all author proceeds from the book will be donated to Sparsh Trust, an animal welfare organization, to be utilised for animals in distress and need -- be it birds, cattle, or stray dogs and cats."

Maharshi Kishor Dave, a founder trustee of Sparsh Trust, Mumbai, said: "We at Sparsh feel humbled to receive this donation. Each rupee we receive will be used to help injured, sick or old animals and birds, which we are sure will make the sale of every copy that much more meaningful and blessed."