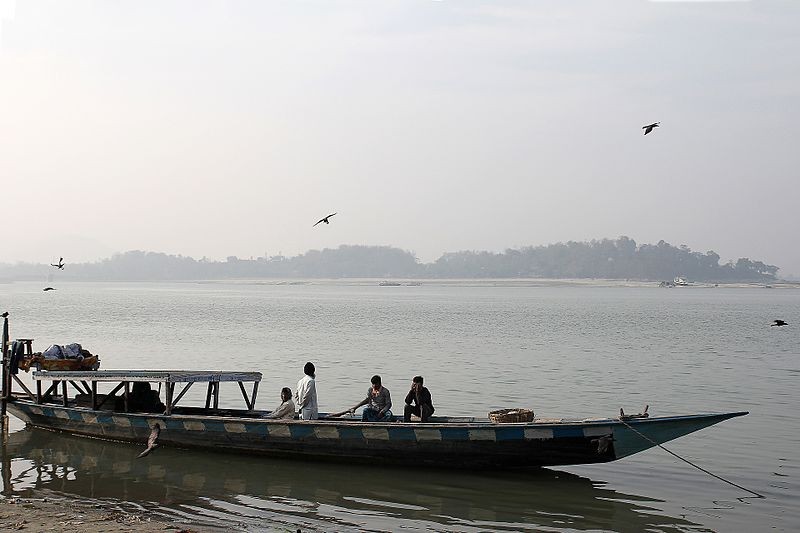 New Delhi, December 3 (PTI): Amidst reports that China plans to build a major dam on the Brahmaputra, India on Thursday said it "carefully monitors" all developments relating to the river, and that it intends to remain engaged with China on the issue of trans-border rivers to safeguard its interests.

The Brahmaputra river, known as the Yarlung Tsangpo in China, originates from Tibet and flows into Arunachal Pradesh and Assam.

At a media briefing, External Affairs Ministry Spokesperson Anurag Srivastava said the Chinese side has conveyed to India on several occasions that it was only undertaking run-of-the-river hydropower projects, which do not involve diversion of the waters of the Brahmaputra.

He was asked about media reports that China will build a 'super dam' on the lower reaches of the Yarlung Tsangbo river in Tibet.

"We have taken note of some media reports in this regard. Government carefully monitors all developments on the Brahmaputra river," Srivastava said.

The MEA spokesperson also said that "as a lower riparian State with considerable established user rights to the waters of the trans-border rivers, the government has consistently conveyed its views and concerns to the Chinese authorities and has urged them to ensure that the interests of downstream States are not harmed by any activities in upstream areas."

In Beijing, the Chinese foreign ministry said there is no need to have "any anxiety over the project and that China will continue to have "good communication" with lower riparian states - India and Bangladesh.

On China's plans to build the dam over the river near the Line of Actual Control (LAC) near Arunachal Pradesh where the Brahmaputra enters India, Chinese Foreign Ministry spokesperson Hua Chunying told a media briefing that the "hydropower development in the lower reaches of Yarlung Zangbo river is China's legitimate right. When it comes to use and development of cross border rivers, China always acts responsibly."

"We have a policy featuring development and conservation and all projects will go through science-based planning and assessment giving full consideration to impact downstream and accommodating the interests of upstream and downstream regions," Hua said.

"The development of lower reaches of Yarlung Zangbo is in the early stages of planning and assessment. There is no need to read too much into that," she said, and added that "going forward China, India, Bangladesh and other concerned countries will continue to have good communication. There is no need for any anxiety on this matter."