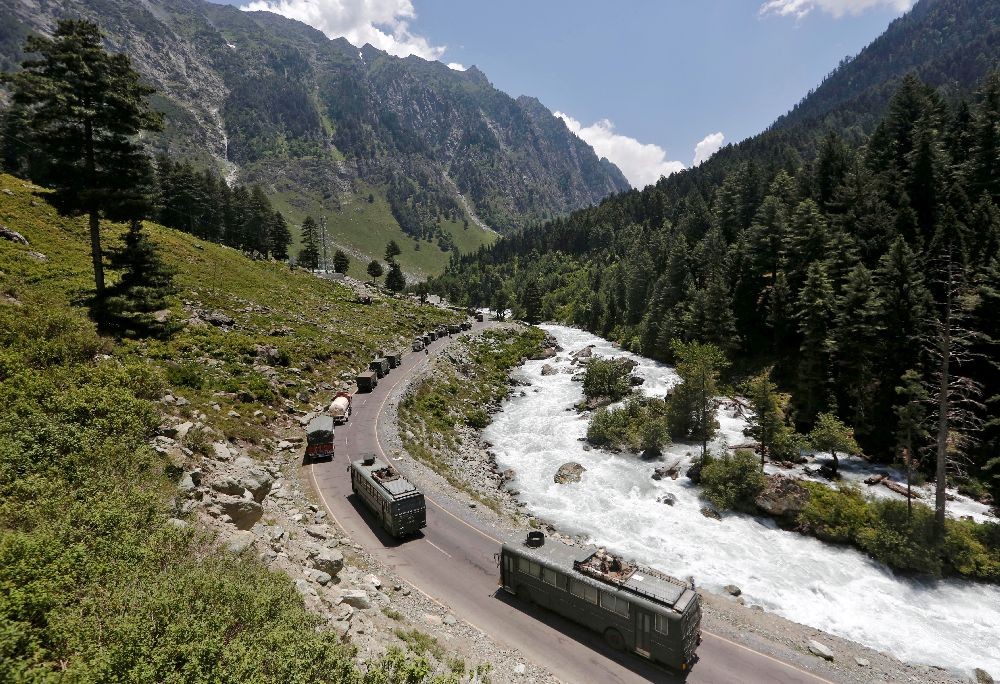 NEW DELHI, July 24 (Reuters) - Indian and Chinese diplomats were set for more talks on Friday to narrow differences on ways to pull back troops eye-balling each other across a disputed border in the western Himalayas, where 20 Indian soldiers died in a clash over a month ago.

There were no shots fired during the June 15 fighting in the Galwan Valley of India's Ladakh region when the Indian soldiers were beaten with rocks and clubs, but it still marked the worst clash in decades between Asia's nuclear-armed giants.

Since then the two sides have held several rounds of talks to restore calm, and reduced the numbers of troops in the valley, while still pouring reinforcements into the region.

Once they agree how to sequence a pull back from frontline positions, the next step would be for the withdrawal of all the additional forces and military equipment that were deployed in rear areas after the clash.

Diplomats from both sides were set to hold talks through a virtual meeting of the Working Mechanism for Consultation & Coordination on India-China Border Affairs, a government source in New Delhi said.

The de facto border, called the Line of Actual Control (LAC), was established after a war in 1962, but it remains poorly defined, and there have been sporadic flare ups over the decades, without leading to cross-border firing.

India's foreign ministry spokesman Anurag Srivastava said maintenance of peace on the border was the basis of bi-lateral relations.

"Therefore, it is our expectation that the Chinese side will sincerely work with us for complete disengagement and de-escalation and full restoration of peace and tranquillity in the border areas at the earliest," Srivastava said.

A U.S. official, speaking on the condition of anonymity, told Reuters in Washington that the United States had seen a build-up of forces on the India-China border, estimating that each side had over 10,000 troops in the border area.

"We're still seeing actually troop reinforcements and weapon reinforcements moving towards the border. So by no means are we out of the woods yet," the official added.