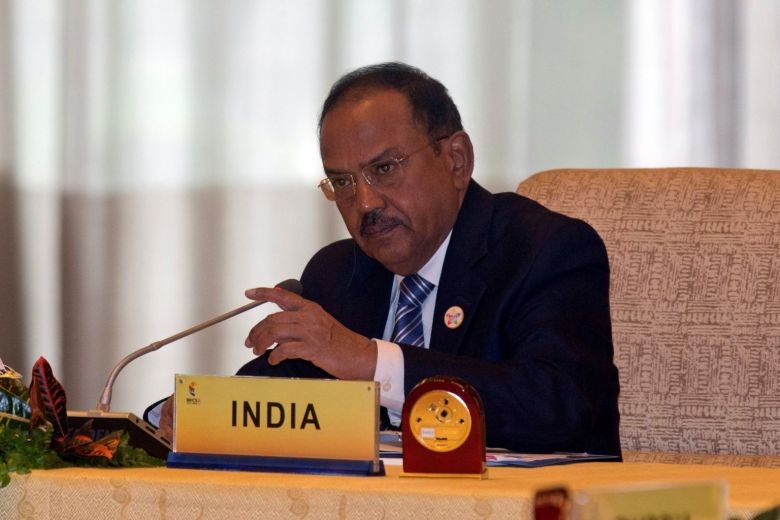 New Delhi/Rishikesh, October 26 (IANS): National Security Advisor Ajit Doval has said that India has never gone to war with anyone for selfish reasons and urged spiritual gurus to spread the Indian civilisational values of peace and spirituality around the world.

Addressing ascetics, sages and priests at Parmarth Niketan, the largest spiritual centre on the banks of the river Ganga in Rishikesh on Saturday, he recalled the strength of India's spiritual history and the philosophy of Swami Vivekananda.

In his discourse on national security, Doval explained how "states are bound by physical dimensions but the nation is an emotional bond which is bound by the common thread of spirituality and culture in which there is a collective sense of pride".

The role of Indian gurus and spiritual centres, he said, is to guard this larger sense of collective identity.

While responding to some of the comments made by the hosts at the centre, Doval said the state does not go to war with anyone just because some sections of society desire it.

"India has never gone to war with anyone for selfish reasons. The state will fight both within and outside only when the threat is imminent. We will not go to war for our selfish reasons," he emphasised.

India has fought four wars with Pakistan--1947, 1965, 1971 and 1999 and one with China in 1962. In none of the wars, was India the aggressor. India fought with Pakistan in 1971 to prevent and stop the genocide of Bengalis perpetrated by the Pakistani Army.

However, a section of media presented Doval's statement out of context and linked it to the ongoing stand-off between India and China along the Line of Actual Control (LAC) in Ladakh since June this year. Some news channels misquoted the NSA and claimed that he had threatened to go to war with China.

The NSA's office told IANS that Doval made his "comments more in the civilisational context and not directed against anyone in the current context as some channels are doing."

Media has not projected his message accurately, the NSA office said.

Doval had spoken at the spiritual centre in Hindi, which some news outlets not only misinterpreted but directly translated to English, instead of transliterating his comments. The TV news channels played his edited video clip without showing the context of the interaction between the NSA and the spiritualists at Parmarth Niketan.