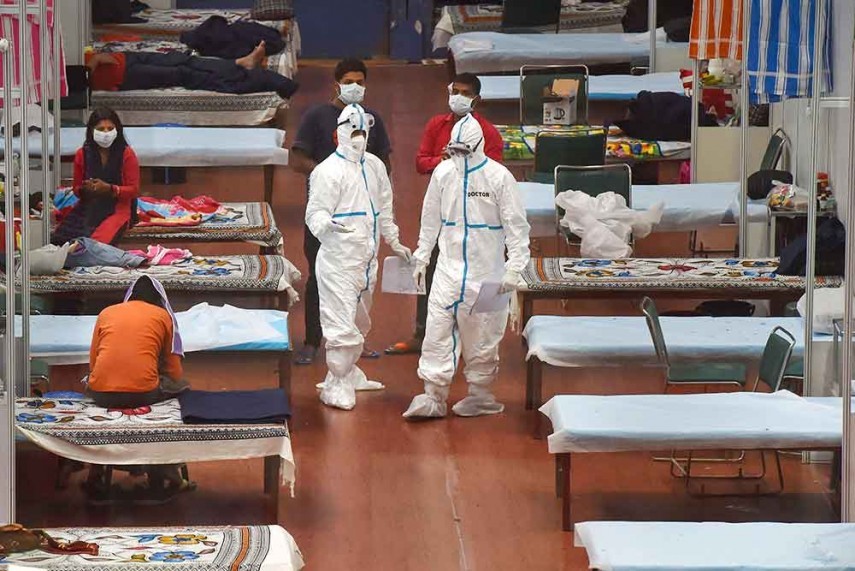 New Delhi, July 23 (PTI): As many as 29,557 COVID-19 patients have recuperated in the past 24 hours, the highest recorded in a day so far, taking the recovery rate to 63.18 per cent, the Union health ministry said on Wednesday.

The number of tests for detection of COVID-19 has also crossed the 15-million mark as the number of cases surged to 12,38,635 on Thursday.

A total of 1,50,75,369 samples have been tested up to July 22 with 3,50,823 samples being tested on Wednesday, Indian Council of Medical Research officials said.

"One million tests were done in three days till Wednesday. The testing capacity has been increased to around 4 lakh per day," scientist and media coordinator at ICMR Lokesh Sharma said.

"While the total number of recovered cases has jumped to 7,82,606, there has been appreciable growth in the recovery rate, which stands at 63.18 per cent," the ministry said.

This accomplishment can be attributed to the central government-led COVID-19 management strategies, it said.

These are guided by the teams of domain experts in the ninistry of health such as the joint monitoring group and ably complemented by the technical experts at AIIMS-New Delhi, centres of excellence in various states and UTs, Indian Council of Medical Research and the National Centre for Disease Control.

The Union Government continues to coordinate with the efforts of the states and UTs by sending central teams of experts to areas witnessing increase in caseload and hand-holding of COVID hospitals in states through the tele-consultation programme led by AIIMS, New Delhi, the ministry said.

"These combined efforts have resulted in Case Fatality Rate being managed at low levels. It is 2.41 per cent, as on date, and steadily declining," it said.

This has also helped in reducing the actual caseload of COVID-19 cases which remains confined to 4,26,167 active patients only.

With the highest-ever single-day spike of 45,720 cases, India's COVID-19 tally crossed the 12-lakh mark on Thursday, while the death toll mounted to 29,861 with a record 1,129 fatalities reported in 24 hours, according to the updated data at 8 am.