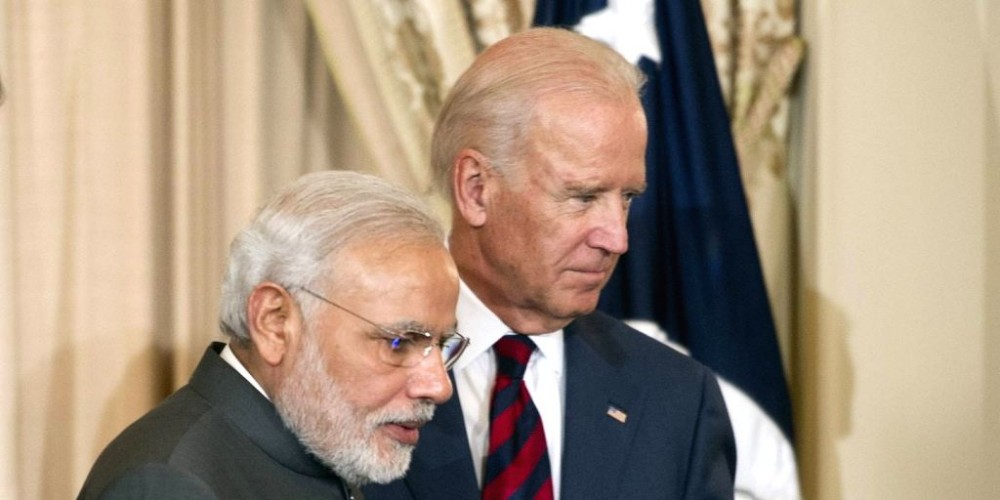 President Joe Biden has signalled he would seek to deepen the close relationship between the United States and India in his first conversation with Prime Minister Narendra Modi as he added climate change and "democratic values" to the agenda.

Modi welcomed calls to collaborate on combating climate change and agreed to participate in a climate summit Biden will host in April, the White House said.

The late Monday phone conversation between the two leaders was part of the formal contacts between the new US administration and India's top leadership that began last month. Both the leaders discussed their shared priorities and emphasised their commitment to a rules-based international order.

'working closely' in the coming months as the world continues to recover from the coronavirus pandemic. to work closely to fight COVID-19, renew their partnership on climate change and defend democratic institution and norms around the world, including in Myanmar. "The US and India will work closely together to win the fight against the COVID-19 pandemic, renew their partnership on climate change, rebuild the global economy in a way that benefit the people of both countries, and stand together against the scourge of global terrorism," said the White House press release.

The two leaders also reflagged a common geopolitical agenda, by renewing their support for a free and open Indo-Pacific, widely viewed as a doctrine to counter China's muscle flexing in the Pacific, including the South China Sea as well as the Indian Ocean.

"The leaders agreed to continuing close cooperation to promote a free and open Indo-Pacific, including support for freedom of navigation, territorial integrity, and a stronger regional architecture through the Quad," the White House said in a statement.

"President @JoeBiden and I are committed to a rule based order. We look forward to Consolidating our strategic partnership to further peace and security in the Indo-Pacific region and beyond" read Prime Minister Modi said in a tweet.

Specifically, both leaders agreed to continue to work in the QUAD, the quadrilateral security dialogue between the democracies of India, the US, Japan and Australia. Among the four countries, India is the only one which shares a land border with China. India and China are engaged in a major military standoff that had begun in May last year and that shows no signs of being resolved though Indian foreign minister S. Jaiskankar on Saturday reportedly said there was some progress made but there was no "visible expression" of it on the ground.

The QUAD, on a global stage, is seen as a threat to China's rising influence in the Indo-Pacific region. And, less than 24 hours ago, the US national security advisor Jake Sullivan called it the, "foundation upon which to build substantial American policy in the Indo-Pacific."

The four participating members may soon hold their first meeting this year.

The importance of the Indo-Pacific for the US was similarly expressed in conversations that Biden had with Australia's Prime Minister Scott Morrison and Japan's leader Yoshihide Suga.

Yet, the degree to which the Biden will push back against China will come under international scrutiny. The Trump administration had declared a verbal war on the Communist Party of China (CPC), with the subtext of working for the collapse of the CPC, raising the prospects of a new Cold War.

However, analysts say that while seeking dominance in the Indo-Pacific, the Biden administration rather than working for the collapse of the CPC, would be content with carving an accomodation with Beijing. Earlier President Biden has said his administration was ready for "extreme competition" with China but that his approach would be different from his predecessor.

"I'm not going to do it the way Trump did. We're going to focus on nternational rules of the road," , Biden said in an interview with the American broadcaster CBS News on Sunday.

Biden said that he knew the Chinese President Xi Jinping "pretty well" after eight years as Barack Obama's vice president, "I had 24, 25 hours of private meetings with him when I was vice president," Biden said. "Travelled 17,000 miles with him. I know him pretty well." Significantly, the call between Modi and Biden is also significant in that it may be a precursor to Biden's highly anticipated initial discussion with President Xi .

The Washington-Beijing relationship is a priority for the Biden administration, but the president reportedly wanted to hold off until he spoke with leaders from South Korea, Japan, and India, which he's now done.

Modi had earlier congratulated Biden on his election on November 8.

They also spoke on phone on November 17, when they exchanged views on working together on "shared priorities and global challenges".

Earlier, US defence secretary Lloyd Austin spoke to defence minister Rajnath Singh and US National Security Adviser Jake Sullivan talked to his Indian counterpart Ajit Doval, with the two sides committing themselves to enhanced cooperation on defence and security issues and in the Indo-Pacific region.

External affairs minister S Jaishankar and his new US counterpart Antony Blinken had spoken on phone on January 29 and pledged to expand the strategic partnership between the two countries and to work for peace and security in the Indo-Pacific.

The Modi government's connection with President Joe Biden goes back to the days when External Affairs S. Jaishankar was Indian Ambassador to US during the Obama administration and present Ambassador to US Taranjit Singh Sandhu was his deputy.

The strategic and defence ties between India and the US witnessed major expansion during Barack Obama's presidency and Biden, as the vice president, had played a key role in it. Meanwhile, India-US joint training Exercise 'Yudh Abhyas-20' has started on February 8, at Suratgarh in Rajathan where 270 American soldiers are taking part.

Started in 2004, 'Exercise Yudh Abhyas-20' is the sixteenth edition in the series of bilateral exercises under this banner and would focus on Counter-Terrorism operations under United Nations Mandate. 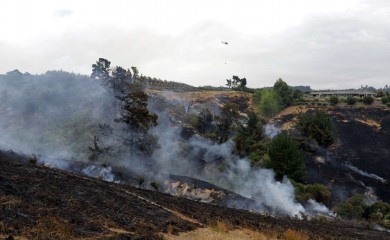 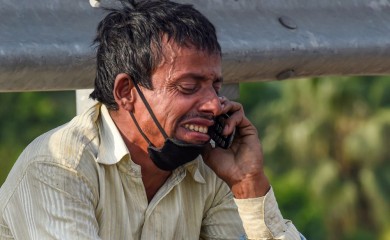 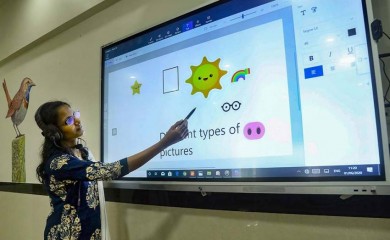 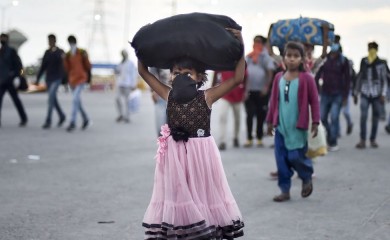