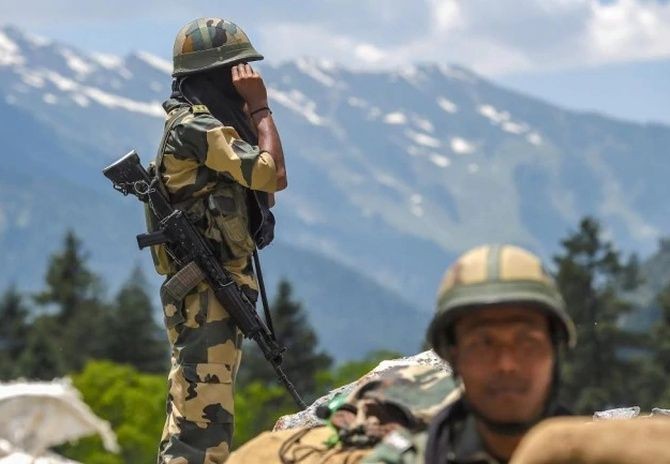 New Delhi, July 30(ANI): Preparing for a long haul in the eastern Ladakh sector in extreme winters, the Indian Army has an edge over the Chinese as it has deployed 35,000 troops there who have already done tenures in high altitude and cold conditions.

The Indian troops deployed there are mentally prepared for tackling the weather and terrain.

In contrast, the Chinese troops deployed along the Line of Actual Control are not used to these conditions as they have been brought from mainland China and are not accustomed to high altitude extreme cold weather conditions.

"We are preparing to provide extreme cold weather portable cabins for around 35,000 troops that have been deployed in the Eastern Ladakh sector," government sources said.

"Our soldiers deployed there have already done a tenure or two in Siachen, Eastern Ladakh or Northeast and they are physically and mentally prepared for a longer deployment there," they said.

The Chinese soldiers deployed on the Indian front include mainly conscripts who join the People's Liberation Army for a period of 2-3 years and then return to their normal lives, sources said.

Indian and Chinese troops are engaged in a standoff situation all along the LAC in eastern Ladakh from sub-sector north with both sides having deployed around 40,000 troops against each other over there.

The two sides have disengaged at three friction points including Patrolling Point 14, PP-15 and PP-17 and PP-17A.

At PP-17 and 17A, the Chinese have now maintained a small element of close to 50 troops and the remaining elements have gone back into their permanent locations.

The sources said the army is also not much bothered about the Chinese build-up along the LAC as it has got more than two additional divisions from outside Ladakh sector.

India Army has more troops than what the Chinese have brought there, they said.

For the winter deployment, the army already has a sizeable stock of clothes and habitat for troops as the Indian Army deploys troops at the world's highest battlefield Siachen glacier and is prepared.

For additional requirements, the force is in the process of placing orders for additional tents and shelters from indigenous as well as foreign vendors.

The time for summer stocking is on and we are going to get the additional cabins and tents by that time, the sources said.

Months of June, July, and August are considered to be the best time for stocking winter rations and ammunition. The snowfall is expected to start soon in the Eastern Ladakh area where the temperature is already low.

Prime Minister Narendra Modi's government has given financial powers of Rs 500 crore per procurement to the defence forces to address any type of shortages of weapons, ammunition, and habitat.