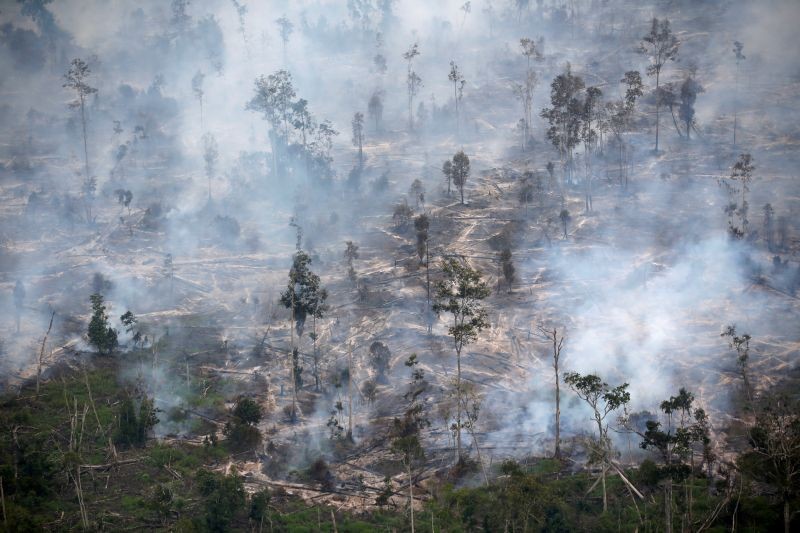 JAKARTA, August 27 (Reuters): Indonesia has received an injection of cash from the United Nation's Green Climate Fund to help reduce carbon emissions and tackle forest fires at a time when the country has had to scale back spending in the area due to coronavirus budget pressures.

The $103.8 million fund was granted under the REDD+ programme, a U.N.-backed forestry conservation scheme to tackle climate change, based on progress Indonesia made in 2014-2016, Environment and Forestry Minister Siti Nurbaya Bakar said.

"Controlling forest fires is an important part in reducing deforestation," she told a virtual briefing on Thursday without specifying how the money would be spent.

In June, an environment ministry official said there had been a 50% budget cut for the team that finds fires and helps put them out.

Fires, often set to clear land for palm oil plantations in the world’s top producer of the commodity, were the most damaging in years in 2019.

Between January and July this year around 64,000 hectares (158,000 acres) have been burned, compared with 137,000 hectares over the same period last year, according to ministry data.

Though analysis of satellite data showed the forest land thought to have been cleared in the first 24 weeks of 2020 was even higher than the same period last year.

Southeast Asia's biggest economy aims to slash carbon emissions by 29% by 2030 on its own or by 41% with international assistance.

In the past five years, the government has allocated on average nearly 90 trillion rupiah ($6.14 billion) per year from the state budget for climate change spending, although 2020 spending has dropped to around 80 trillion rupiah.

"There is a decline in 2020 because of COVID-19 priorities, but looking forward, we are hoping we can keep this commitment," Finance Minister Sri Mulyani Indrawati told the same virtual briefing.