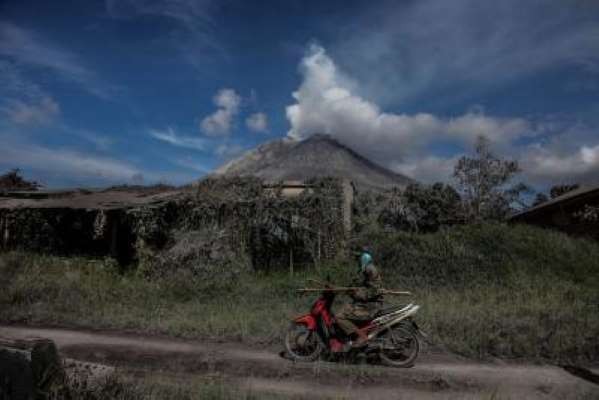 Planes have been prohibited to fly in the airspace above the hot cloud areas, as a volcano observation notice for aviation with the orange level was in effect.

The potential of further eruption remains along with the release of hot clouds.

Heavy rains of volcanic ash are threatening the areas located in the slope of the volcano, and the volcanic materials may be spread further by the wind to regions located out of the slope.

Sixteen people were killed and thousands of others were forced to flee home when Mount Sinabung erupted in 2014.

Sinabung is one of the 129 active volcanoes in Indonesia, a vast-archipelagic nation home to over 17,500 islands.