Iron Man Vs Iron Lady: How Oct 31 turned into a legacy war 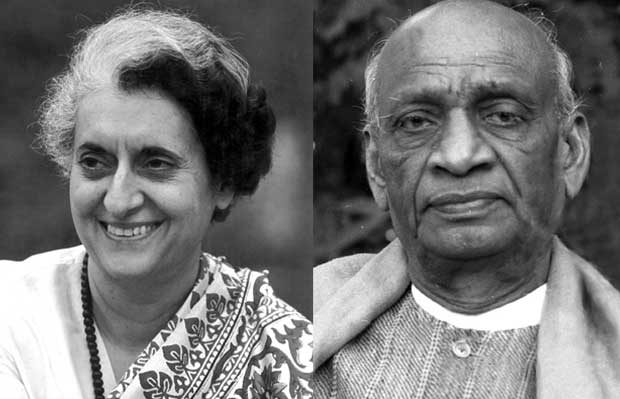 Iron Man Vs Iron Lady: How Oct 31 turned into a legacy war

Though both the leaders belonged to the grand old party, BJP under Narendra Modi appropriated the legacy of Patel, using his Gujarat connection which was served to it on a platter by Congress's indifference.

Now as Modi dedicated abrogation of Article 370 to Patel on Thursday, Congress leaned back to Indira whose muscular, hyper nationalistic decisions in the seventies and eighties have come to rescue the Congress in 2019.

The first Home Minister, the man who is credited to unify an India scattered into provinces -- Sardar Vallabhbhai Patel's legacy was smartly and surely owned by the BJP which built the world's tallest statue in Gujarat's Kevadiya in his memory.

On Thursday, Modi credited and dedicated the axing of the contentious Article 370 to Patel, often called the 'Iron Man'. High on symbolism, while paying floral tributes to "The Statue of Unity" that was built under his reign, Modi said, ".....With the blessings of Sardar Saheb, the country has taken a very big decision to defeat these forces a few weeks ago. Article 370 gave nothing except separatism and terrorism to Jammu and Kashmir."

Harping on the same theme, Home Minister Amit Shah said: "Sardar Patel made India 'akhand' (one). But Jammu & Kashmir was an aberration. PM Modi has liberated us from that to offer true tributes to Sardar Patel. It was Patel's dream." From BJP minister's like Babul Supriyo to its Chief Minister Pema Khandu harped on the phrase "Iron Man" repeatedly to bring home the point -- Sardar may have been a Congressman but it's the BJP who has honoured his neglected legacy.

If BJP was all out to propagate October 31 as the day of the 'Iron Man', Congress leaned back on its sole leader with unparralel muscular policies in terms of national security or foreign policy -- former Prime Minister Indira Gandhi, who is quite often referred to as the 'Iron Lady' for her handling of the Sikh militancy in Punjab or ordering Indian Army to free Bangladesh from Pakistan's clutches.

While Congress Chief Minister from Rajasthan Ashok Gehlot called her the "Iron Lady in the true sense", the party's General Secretary K.C. Venugopal too used the same narrative. Even Congress allies like RJD's Jai Prakash Narayan Yadav called Gandhi a "fierce woman with great conviction", even as NCP Supremo Sharad Pawar called her 'Iron Lady' and a 'great leader'.

Historically, both the leaders have been part of the Congress but over time Congress allowed Patel's rare legacy to be forgotten when on October 31, newspapers were splashed with full page advertisements on Indira Gandhi.

BJP, which came into being much after Independence, appropriated Patel's legacy in an unimitable manner by erecting the world's tallest statue in his memory and dedicating the day as "Ekta Divas". Patel's brute masculine legacy gels well with BJP's and hence it was an easy job for the saffron party.

But on October 31, when the two -- Iron Man and Iron Lady's birth and death anniversary clashed, it was but inevitable that the BJP and the Congress too would clash.