Japan lodges protest with China over ships near disputed islets 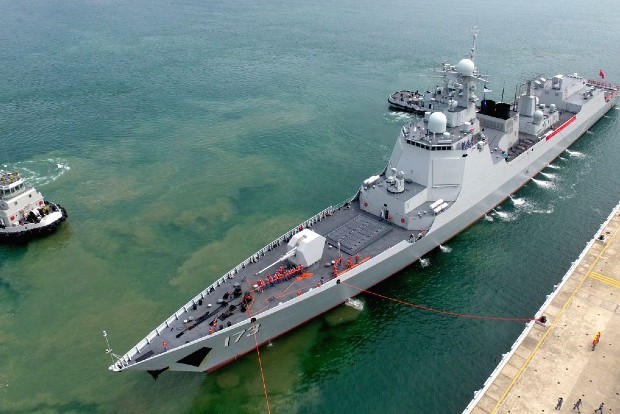 Tokyo, July 3 (IANS): Japan on Friday said that it has lodged a protest with China over the intrusion by two China Coast Guard ships into Japanese territorial waters near disputed islands in the East China Sea.

The two Chinese ships entered Japanese territorial waters around the Senkaku Islands at around 4:50 p.m. (local time) on Thursday and appeared to be trying to approach a Japanese fishing boat about 7 kms west of Uotsuri Island, according to the Japan Coast Guard.

As the two ships are still in territorial waters around the islands, which are administered by Japan but claimed by China, Tokyo has been demanding that the ships immediately leave the area, Chief Cabinet Secretary Yoshihide Suga said.

"We have been strongly urging (China) to stop trying to approach the Japanese fishing boat and leave our territorial waters immediately," Suga said at a news conference, adding: "We will continue to deal with the matter calmly and resolutely."

Japan Coast Guard patrol ships have been keeping a close watch on the Chinese ships and ensuring the safety of the Japanese fishing boat, according to Suga, the top government spokesman.

It is the first time since June 22 that a Chinese ship has entered Japanese territorial waters around the Senkakus, which are called Diaoyu in Chinese, the japan times reported.

On that day, the city assembly of Ishigaki in Okinawa Prefecture passed a resolution to rename an administrative area covering the Senkaku Islands.

The name change from Tonoshiro to Tonoshiro Senkaku drew a sharp rebuke from Beijing.

China has sent its ships to waters around the islets for 80 days in a row, the longest streak since Japan put them under state control in September 2012, despite some recent thawing in bilateral relations that had been frayed over the Senkaku issue and conflicting views over history.