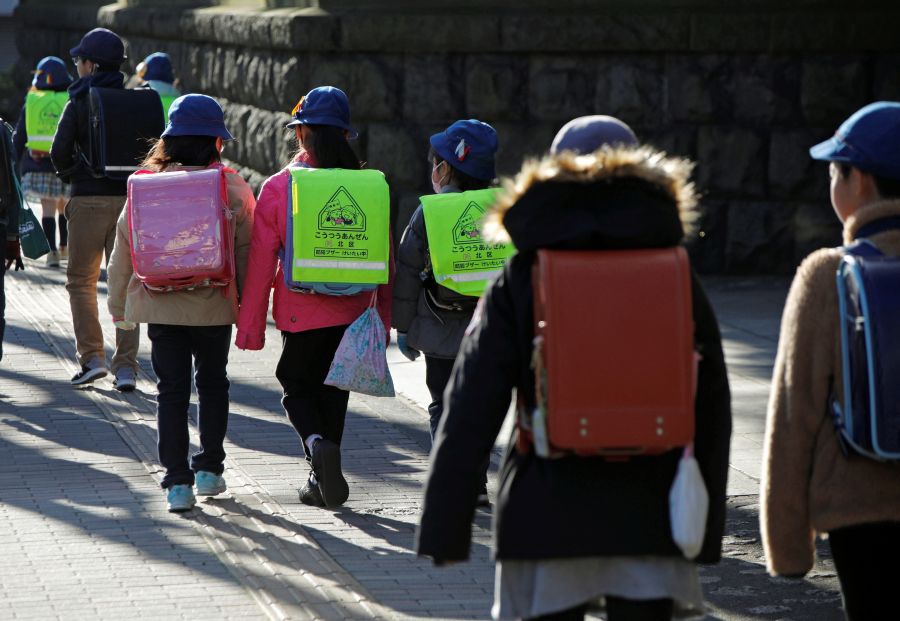 TOKYO, February 28 (Reuters): Angry Japanese parents joined bewildered teachers and businesses on Friday in a rush to find new ways to live and work for a month after Prime Minister Shinzo Abe's shock call for all schools to close in a bid to stop coronavirus spreading.

In another drastic move, the northern island of Hokkaido, which has seen the largest number of cases in Japan, late on Friday declared a state of emergency, telling its population of about 5 million people, including residents of Sapporo city, to refrain from venturing outside their homes over the weekend.

Abe's unprecedented move on Thursday to ask local authorities to shut schools means students will be out from Monday at least until the new academic year starts in early April.

The abrupt step drew scathing criticism, with health officials left scratching their heads and analysts saying the plan was politically motivated and made little sense. Local authorities also criticised the move and at least one prefecture and several cities rejected the request to close its schools.

"I'm going to have to babysit my grandkids every other day," business owner Mieko Hamada, 56, told Reuters on her way to their house in central Tokyo.

"My daughter works and can't look after them, and their babysitter also refused. It's utter chaos," she said, adding that while she had her own business to run she had no choice but to ask subordinates to cover for her.

Under intense questioning in parliament, Abe appeared to signal a willingness to soften the call for mass closures, saying it was merely the government's "basic thinking" and that schools and local authorities should "make their decisions flexibly."

He pledged to take policy steps as needed to prevent the outbreak from dealing a severe blow to Japan's fragile economic recovery. Earlier in the week, the government had already urged large gatherings, sports fixtures and cultural gatherings be scrapped or curtailed, but pledged the 2020 summer Olympic Games would go ahead in Tokyo.

Infections in Japan have topped 200, with five deaths - including one on Friday of a man in his seventies. That excludes more than 700 cases and five more deaths from the quarantined cruise liner Diamond Princess, docked in the port of Yokohama.

While the virus has hit China hardest so far, causing nearly 80,000 infections and almost 2,800 deaths, its rapid spread globally in the past week has stoked fresh alarm.

NO SHUTDOWN IN SHIMANE

As Abe prepared to hold a news conference on Saturday evening, surprise at the scale of his request reverberated around the country, with local government and health officials left with few clues on how to implement it.

"We will continue to urge public services and private companies to make it easier for people to take time off," Chief Cabinet Secretary Yoshihide Suga told a news conference, without disclosing further details. Finance Minister Taro Aso said financial support for families was under review.

In western Japan, Shimane prefecture - which has had no coronavirus cases - simply said it had no intention of closing its schools for now.

Hokkaido had already announced a closure of all schools until March 4, providing a foretaste of the complexities of such moves. A hospital had to close doors to patients without reservations on Friday because a fifth of its nurses were unable to work with children out of school.

"We don't know how this could be extended further," an official at the facility, JA Hokkaido Koseiren Obihiro Kosei Hospital, told Reuters.

As the coronavirus spreads, more companies said they would allow workers to telecommute. But a survey in the Nikkei business daily published on Friday, conducted before Abe's announcement, showed only half of major firms were telling all or some employees to work at home.

As the government faced questions on how businesses would cope with a March shutdown of schools, Toyota Motor Corp and Honda Motor Co said they were still discussing how their factories would deal with school closures.

Hitachi Ltd  said it would let workers with children in school - or about 10,000 employees - work at home in March.

Zoos, aquariums and other leisure facilities also said they would close: Tokyo Disneyland, DisneySea and Universal Studios Japan will be shut from Saturday through March 15.

Abe has come under fire for what critics say is a lack of leadership and Japan's seemingly cautious approach to testing for the virus, especially compared with South Korea, which was preparing to test more than 200,000 members of a church at the heart of a surge in its outbreak.

He also caught flak in parliament and social media on Friday after revelations an aide had held a buffet-style fund-raising party with about 200 attendees on Feb. 26 - the same day the premier asked for sports and cultural events to be scaled down.

Jeff Kingston, director of Asian studies at Temple University's Japan campus, said Abe's move on schools was plainly political in the wake of surveys showing growing public dissatisfaction with the government's handling of the outbreak.

"Suddenly, he sees the political consequences of being seen as missing in action," Kingston said, noting his support had fallen to around 36% in a weekend poll. "He's outsourcing responsibility to local governments and corporations."

Experts also questioned the efficacy of the government's move on schools.

"This is one example of a nationwide plan that has a slim chance of succeeding because the extent the coronavirus has spread differs across regions," Kentaro Iwata, a professor specialising in infectious diseases at Kobe University Hospital, tweeted.

He added that it "made no sense" to close schools outside of Hokkaido.